Mythbusters is the clear highlight this week. A concept so great you wonder why no one thought of it sooner: Two geeky guys do clever science experiments attempting to either prove or disprove common urban legends -- for example, the notion that a penny dropped from a great height could kill a person on the ground. If you want to know, you have to watch! 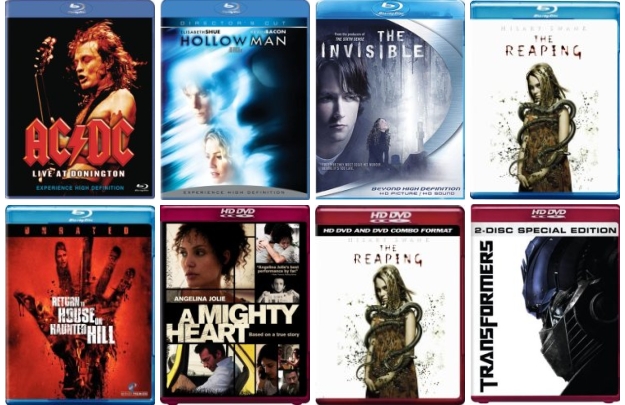 There's really only one high-def movie of note this week, and it's Transformers. Sure, some of the other releases may be better films, but only Transformers seems likely to take full advantage of the higher visual and audio fidelity offered by the next-generation home media formats. Aaaaand it's an HD-DVD exclusive. I'll be stuck watching it on a standard DVD upscaled to 1080i due to this ridiculous and never-ending format war. 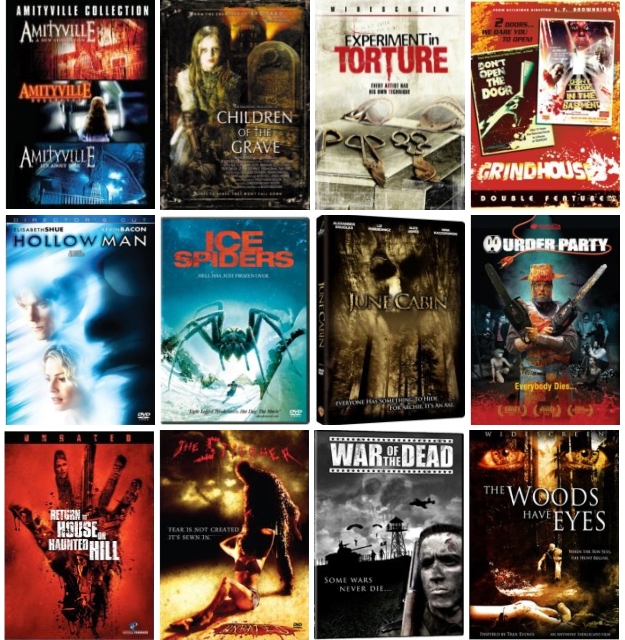 The only movie featured in this section I've seen before is a previous release of Hollow Man, and there's no chance I'll be watching that one again. Directed by the Dutch film maker Paul Verhoeven (who is capable of making masterpieces of American cinema like Robocop and Starship Troopers along with utter shite like Showgirls and Basic Instinct), Hollow Man is firmly on the "shite" side of his ouevre. However, like all of his bad movies, it offers just enough interesting ideas and exploitative titillation to make it worth watching at least once.

Once again, you'll find a lot of new DTV (direct-to-video) horror movies out this week, all clearly hoping to entice you into making them a part of your Halloween horror movie marathon.

Can you think of any other film-makers capable of such extremes in quality output as Paul Verhoeven? Let us know in the forums.

Prepared with the assistance of The Digital Bits, a wonderfully comprehensive home media site, and cover art courtesy of Amazon, where you can purchase any of these titles. Rent all of the movies covered in the column online at Netflix. We recommend waiting until the format war is over before investing in an HD player, but if you have to do it right away our money is on Blu-ray. Be sure to PM the author via the forums if you have any suggestions for the column. What a terrible night for a curse. Thanks for reading!