Media | DVD Releases | October 2, 2007: Welcome to this week's spooooooky home video releases -- focused entirely upon American audiences, sorry everyone else -- prepared with the assistance of The Digital Bits and cover art courtesy of Amazon.

I'm so bored of Entourage. It went from okay to unwatchable pretty quickly. On the other hand, I hear good things about How I Met Your Mother and Jericho. The Sarah Silverman Show is funny enough if it's on and you're bored out of your mind, and the supporting cast features a ton of great comedians sprinkled throughout. Notable but not pictured is Metalocalypse. As much as people enjoy that particular series, I have to fault it for not being Home Movies, Brendon Small's previous (and utterly brilliant) show. 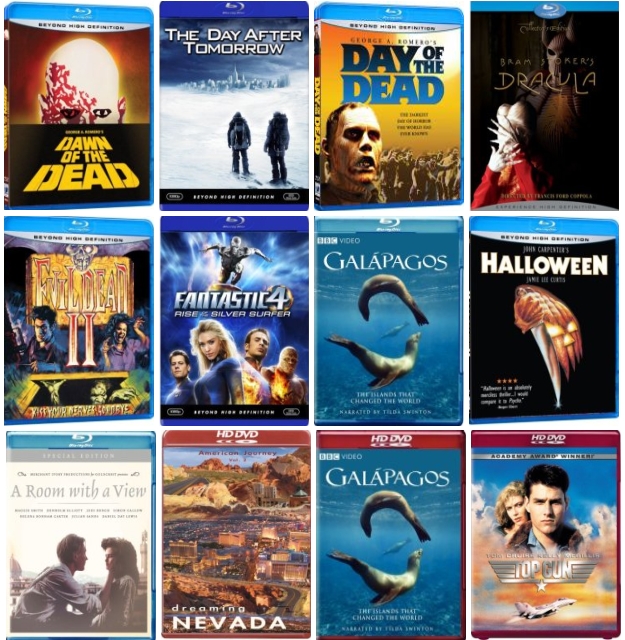 HOLY CRAP. A wallet-busting week for horror fans with hungry Blu-ray players. Romero's Dawn of the Dead is my favorite horror movie of all time, and Evil Dead 2, Bram Stoker's Dracula, and Halloween are all in my top 25, with Evil Dead 2 in the top three. Day of the Dead isn't nearly as good as the other horror movies out on Blu-ray this week, but it's still worth a look for zombie fans. Non-horror HD buffs have a few choices, including Top Gun's famous volleyball scene in high-def on HD-DVD. 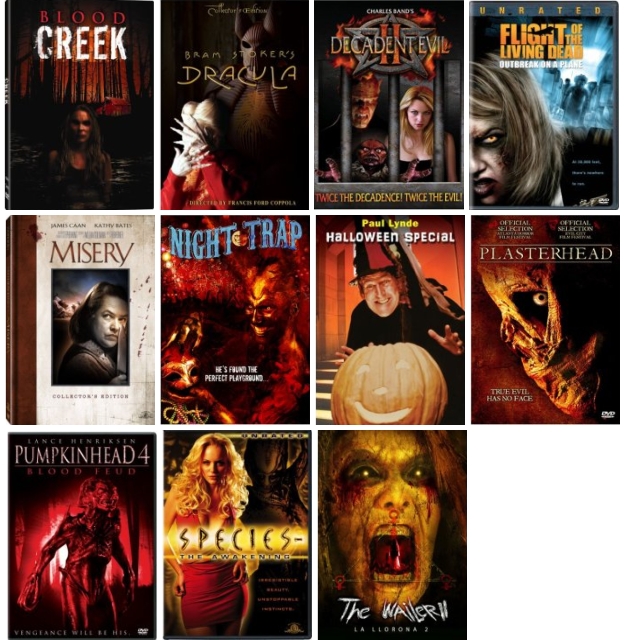 Halloween is coming, which means a ton of low-budget direct-to-video horror movies and reissued and/or repromoted catalog titles are going to be hitting DVD in the next month. You might not have realized that cult-classics Pumpkinhead and Species are both onto their third sequels, or that the GameSpite-worthy pun Flight of the Living Dead was so juicy as to justify a film made just to use the title on the box, but when you're at the video store on the 30th of October looking for a scary movie to watch on Halloween and all the good ones have already been taken, you'll be glad someone bothered to make 'em.

Post on the forum or PM me if you like the column or have any suggestions. Staying up til 2 a.m. on a work night to get it done isn't really a great decision, life-wise, so some feedback to justify the time would be mighty appreciated. Per the forum's feedback, I did make one small change to the 1408 write-up. People got the impression that I was saying that all Stephen King-derived movies based on his short works were poor. I clarified that point. See the power of the forum!

Please talk with me on the forums. I'm so lonely!