I've started a sort of anime blog in an attempt to get in some writing practice. Not the episode-by-episode byblows that seem so popular online, but rather more-or-less traditional reviews: The salient points, the highs and lows of the show, and my own take on the show for that essential hint of bias. It'll most likely take the form of a bi-monthly affair as watching anime takes time, and writing reviews based on old impressions isn't such a great idea.

The title du jour is Scrapped Princess. For those keeping score at home, Scrapped Princess (or Scraprin as the contraction-obsessed Japanese abbreviate it) is an action-drama in a fantasy setting. Produced by Bones of Fullmetal Alchemist and Eureka Seven fame, the series features music composed by Hikaru Nanase (Noein, Zone of the Enders), who graced the OP/ED with a pair of folksy rock pieces that set it apart from the usual anime with their usual J-pop fare. 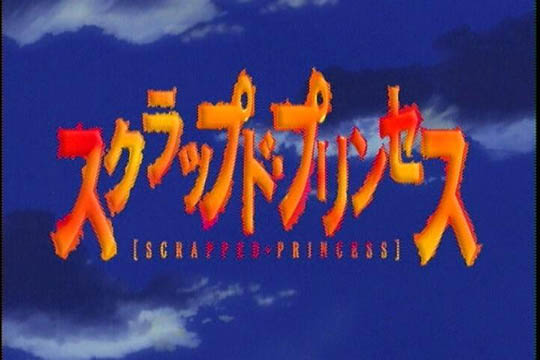 Without delving too deeply into spoiler territory, Scraprin follows the travels of the three Casull siblings: Rachel (the older sister), Shannon (the brother), and Pacifica (the youngest of the three). The story mostly revolves around the time-honored premise of a mysteriously abandoned royalty and the prophecy that surrounds it -- but with an unexpected inversion on the prophecy bit. Rather than being destined to save the world as things usually go, the "Scrapped Princess" of prophecy is instead destined to destroy it. Each episode blends drama, character development, and a generous dollop of action, and the generally high production values of the show allow the characters to be more expressive than most. 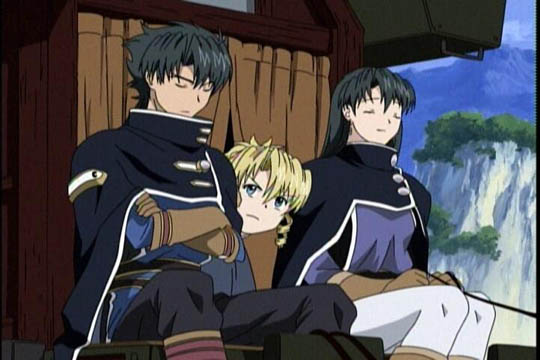 Production company Bones is known for their expertise in the animation field. This show isn't in high definition, but even in old-school standard definition the animation features excellent color depth and detail. While the characters tend to suffer from the usual "one set of clothes" problem endemic to most long-running series of this sort, the designs are clean and simple, somewhat reminiscent of Renaissance-era clothing crossed with the traditional high-fantasy look. The true highlights of the show are in the characters' facial expressions, which are, well, expressive.

Few shows bother to change the general shape of a character's face when they're talking or expressing non-verbally, usually settling on some general eye and mouth movement to get the point across. Many video games with voice acting suffer from this as well, and it looks unnatural. On the other hand, Bones not only animates characters' jawlines as they speak, but they also subtly (and not so subtly) change the shape of characters' faces in order to correspond with their emotions.

The series' background work is equally impressive, although the backgrounds are sometimes so detailed that moving elements in the foreground don't quite match up correctly. The fluid animation also transfers into the combat scenes, which rarely stray into the unbelievable realm -- except where intentional. Despite some flaws and odd bits here and there, the art and production values of the show are exceptional, per Bones' usual standards. 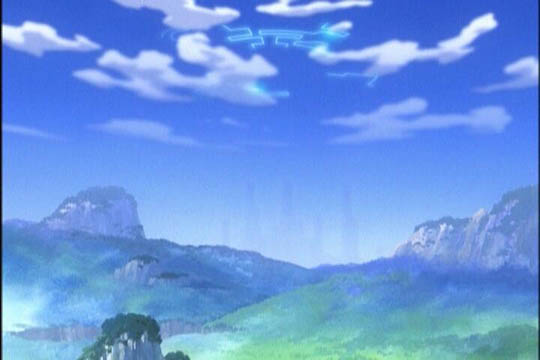 Nanase's music ranges from folk music to epic orchestrated themes, and every tune is competently arranged and produced. Sometimes too much so: Certain songs feel a tad over-arranged, especially within the context of the show. Still, the sound design is generally excellent, with effects that rarely if ever sound out of place. The attention to sonic detail is impressive: Footsteps differ with the terrain, as do other motion-related sounds such as wheels and creaking wagon effects.

The opening theme, "Little Wing," is performed by JAM Project with Masami Okui. A folk rock piece, "Little Wing" isn't terrible by any means, thought it isn't terribly attention-grabbing, either. Closing theme "Daichi no La-li-la" by Yoko Ueno and Masumi Ito is also a folk piece with a much more pronounced Gaelic feel.

Voice work for both the Japanese and English dubs is competently performed; most of the English voice actors have a reasonable amount of experience under their belts and their performances tend to reflect that. While it's not quite an A-class job due to a few actors not quite hitting the character right, but by no means is it a bad dub, either. The Japanese voice work is equally competent or better, although it is easier to be forgiving of a foreign language dub.

Scraprin is a two-thumbs-up production in my book; you can translate that to your rating scale of choice. The twist in the plot and the character development are what really make this show stand out from the crowd, and Bones' excellent job with art and production really bring out the nuances of the acting and story. My recommendation isn't entirely without reservations, though, since the English voice work isn't quite up to par with the Japanese dub and the odd problem with the foreground not matching with the background in places can be distracting. Even so, if you enjoy story-driven drama with a healthy dollop of character development and action, you won't be disappointed.

Discuss it on Talking Time!