Japanese RPGs are, generally speaking, a formulaic experience. If you've played one, you can probably guess how the rest of them are going to play out, with me-too mechanics and cookie-cutter plots that all blend together after a while. It lends the genre a "summer blockbuster" sort of feel and does the genre no favors. With such text- and plot-intensive games, pressing a button a million times to advance endless screens of mind-numbing text and slogging through a tiresome parade of pointless battles is the antithesis of fun. Designers have struggled with this problem since the advent of pen-and-paper gaming thirty-odd years ago, a struggle that's carried right on into the medium's video game counterpart.

Pen-and-paper RPGs relied on the expertise of the people running the show and the interaction between players to flesh out (and pad out) the gameplay and whatever plot was involved. Video games, on the other hand, suffer from not having that player interaction or a real, live person running the show from the head of the table.

When RPGs were new this wasn't a particularly grave concern given the relative novelty of the hobby as a whole and the fact that the genre had yet to stagnate. As gaming technology advanced and games grew in complexity and scope, though, developers began to rely more and more on plot and character development as a means by which to paint over the increasingly creaky game mechanics. Slowly, the tide began to turn; the idea that gameplay defines an RPG gave way to the notion that RPGs should be, effectively, interactive novels dependent almost entirely on plot and character.

This led to a bifurcation in RPG design in Japan, where the genre had largely been defined by the Dragon Quest series and Final Fantasy series. Dragon Quest focused more on overcoming growing challenges through simple gameplay mechanics motivated by understated plots, while Final Fantasy grew increasingly reliant on arcane gameplay mechanics in the service of ever-more-convoluted plots. Still, for all that the Final Fantasy games expanded their specific character and battle mechanics, the actual framework of the gameplay itself barely changed over the years. For all that the series' Active-Time Battle system introduced an element of timing, it was still fundamentally turn-based -- ultimately little different than what Dragon Quest was doing, just more rushed. The two branches were barely different in deed. 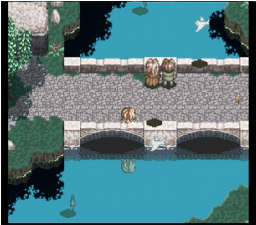 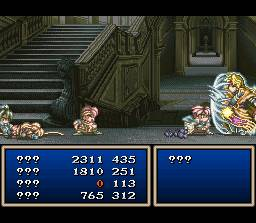 Still, ATB was a smart idea at heart. After all, if a game demands forty hours or more of a player's time, a not-insignificant chunk of which is spent wandering the gameworld and slugging through combat scenes, it's in the designer's best interest to make that chunk interesting one. The Japanese RPG genre largely consists of people attempting to improve on Final Fantasy and Dragon Quest with slight variations rather than radical innovations, making for a rather stagnant field. Whether this is due to a cultural predilection towards conformity or simply a lack of desire to reinvent the wheel doesn't much matter; the effect either way is a genre that's been trapped in a rut for twenty years.

For gamers who tend to stray more into the Zelda? and River City Ransom? camps though, demanding a bit of sweat to go with their stat-boosting and world-exploring, there's not much about a JRPG to hold their interest. Even if a storyline grabs you, you really have to love the endless repetition of combat and the tedium of The Grind to see it through to the end.

But then, a surprising plot twist: A rather mediocre developer named Telenet Japan offered an unexpected new take on the RPG. Or more specifically, the sole shining light of Telenet's dreary existence did -- a design team known as Wolf Team, who had a rather impressive array of games under its collective belt, all spanning quite a range of genres. Wolf Team had just put the wraps on a Super Famicom game called Phantasia that was, in effect, a culmination of their history and skills, all crammed onto a massively modified and expanded cartridge that pushed the system far beyond its specs. The only problem was that Telenet was largely broke and couldn't afford to publish it, back in the days when big-ass 16-bit RPGs sold for $100 or more in Japan.

Enter Namco, father of Pac-Man and an assortment of other arcade games. Namco had the money to publish, but they wanted a few things in exchange, the least of which was a name change. Considering the game's magnum opus nature, a substantial chunk of Wolf Team wanted nothing to do with it and packed up to form a new company called Tri-Ace rather than sit and watch as their hard work was altered to suit the whims of their new corporate overlords. The remaining bits of Wolf Team choked back their distaste and implemented the necessary changes. The result was Tales of Phantasia, now boasting a bevy of Namco references?, among other, more substantial changes. 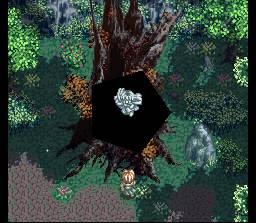 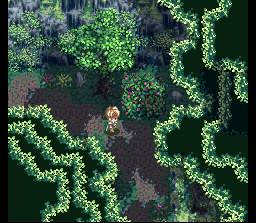 Still, even with the editorial mandates from on high, the end result was something considerably different from the norm. Action RPGs or brawlers with RPG elements like River City Ransom weren't totally new, but their individual components didn't usually blend so well, either. Tales of Phantasia was the first real-time RPG to offer multiple party members on a free-roaming map and all the trappings of a big budget RPG: Flashy animations, pretty sprites, great music, even voice acting, all crammed into that tiny cart. Never mind that the battle engine was incredibly primitive, the AI was nearly non-existent, and that the action was riddled with a number of other technical flaws and bugs. For all its problems, the game itself represented something of a paradigm shift in JRPG design. (Or not, considering that the only thing that seems to have been inspired by the continued success of the Tales franchise is the Tales franchise.)

Namco's fiscal aspirations aside, Phantasia represented the genesis of a new breed of Action RPGs that truly blended the concepts of "action" and "RPG" rather than simply consisting of a hodge-podge of concepts crammed into a sack and beaten into a misshapen lump. That purity of design only lasted for a couple of sequels before the drift of the franchise began shifting toward overly complex button-mashing affairs existing in an odd sort of binary relationship with Namco's other flagship nerd-prise?.

The moral of this story? You have a good idea for a great game that was executed imperfectly due to technical limitations and creative hijacking; rather than break open a new development path for the genre, it simply locked itself into its own stagnant gene pool, inbreeding itself toward a new form of unimaginative mediocrity that paralleled the rest of the genre.

On the plus side, at least the even-further-bastardized GBA version is available in the U.S. Er, that is good, right?