Games | PlayStation 2 | Star Ocean: Till the End of Time

In the land of sequels, games that genuinely improve upon a previous entry's offerings (whether in terms of gameplay or plot) are less frequent than one would hope. "More of the same" is the rule of the land, along with the fervent hope that whatever changes the developer does make in the name of progress don't muck up the formula. This is particularly true of console RPGs, whose Japanese fanbase seems almost allergic to change. RPG sequels largely operate with the same sort of mentality that gives us yearly rehashes of the top sports franchises -- if it ain't failing to rake in millions, don't fix it. Even western RPGs aren't totally immune, either...take Bioware's Dungeons and Dragons titles, for example.

But mechanical repetition isn't always a drawback, though, since most people are drawn to RPGs by plot. The greater a game's focus on the plot, the less its fans are likely to bitch about stagnation of gameplay content and balance. Of course, this only works if the story is halfway compelling or involving, which can be a problem with your typical JRPG.

The moral of the story: if you have a crappy story in your game, you'd better have some technical chops to make up for it. Not surprisingly, directors are susceptible to getting so caught up in the "brilliance" of their tripe they fail to actually make an entertaining game to go with it. The Xenosaga? series is this problem writ large, while the Metal Gear Solid games subvert is by pairing a ridiculous story with gameplay par excellence. 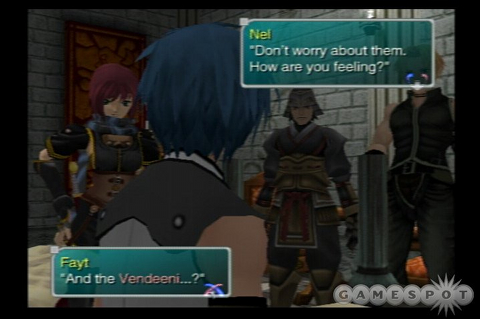 Another issue that troubles long-running series is that after a while, plot themes start to run together and the games have trouble standing apart from one another. For the Star Ocean series, this is a particularly persistent problem. The series is well known for its recurring themes of sci-fi wrapped in oddly boring, out-of-place generic fantasy, though it generally makes little effort to link the two. For the series' third entry, Till the End of Time, the plot has become particularly asinine. Tri-Ace is widely known for making innovative and engrossing gameplay, though, so one might forgive the plot if the action itself were to live up to the developer's pedigree.

Sadly, it doesn't. Star Ocean 3 is one of those rare games that was so technically flawed upon release that a "Director's Cut" edition had to be released soon after to fix the bugs and flaws to make it playable (with a few extras and playable characters added to entice those who had purchased the crappy first version). The choppy outcome reflects the game's long and troubled development history -- nothing quite on the scale of Final Fantasy XII, of course, but given the sheer number of problems with the initial release was clearly rushed out the door. 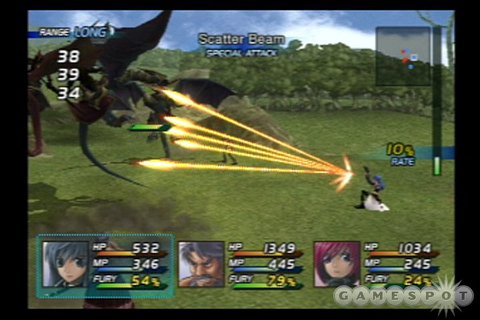 The U.S. received the Director's Cut version about six months after it arrived in Japan and promptly received a lukewarm reception. It sold primarily to gamers with fond memories of PS1 sleeper Star Ocean The Second Story, and Till the End of Time was hardly the sequel they wanted. Where the first and second games had offered incredibly open game design and great depth of content, the third was disappointingly linear and shallow; the sole exception was its refined and expanded battle system. There were no epic sidequests or Personal Actions to get to know your characters better. Worse, the skill, talent, and invention systems had also been vastly simplified and linearized. It was a slap to the face to fans -- and the horrid story and ear-rending voice acting was a follow-up knife to the gut.

Even the largely improved combat system had its share of irritating and game-breaking bugs, what with the party's AI-controlled characters having an odd tendency to do nothing or else run aimlessly around the battlefield. The changes made to the battle system also made the party's techniques and spells either too worthless or dangerous to use in combat, given a character could be KO'd from expending all their mental points, not just their HP. In later portions of the game, this largely reduced combat to a slugfest that relied on autoguarding and whatever modifications players had made to their party's equipment. 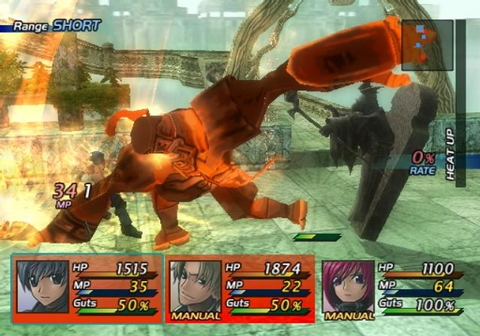 The game's technical issues were enough to make SO3 feel less like a Tri-Ace game than a game by a developer desperately trying to mimic Tri-Ace's style...and failing miserably. The story only made things even worse. Till the End of Time opens with the main character vacationing on a resort world with his parents and a childhood friend, and gives the player a basic primer on combat before things go horribly wrong and a hosTille alien race attacks the planet for unknown reasons. Cue mysterious dialogue from the hero's parents before they're parted from the hero and his friend. The aliens attack again and the hero is separated from his last remaining companion as he escapes in a lifeboat and lands on a world inhabited by a near-medieval alien society. It was a bog-standard twist for the series, but the first marooning segment is short enough that it doesn't disrupt the pacing of the sci-fi segment terribly.

Where the game really jumps the shark plotwise is the second "marooned" sequence, which takes up roughly half of the game's length and has little to no connection to the rest of the game. It was a particularly jarring form of the ol' switcheroo. The game's penultimate plot twist (once things shift back into sci-fi mode) was even worse, making most players scream in confused fury -- and not because of any mental screwjob, either. Essentially, the writers watched The Matrix? and decided that it'd be, like, so cool to use the exact same plot twist. Even that wouldn't have been so bad if the game had actually alluded to it at all before the big reveal. But the ultimate outcome turned the franchise into a burning pyre of fan betrayal and hatred, killing any chance of an actual sequel. That's why we're getting Star Ocean: The Last Hope as the next game -- despite the subtitle, it's actually set before the first three games. 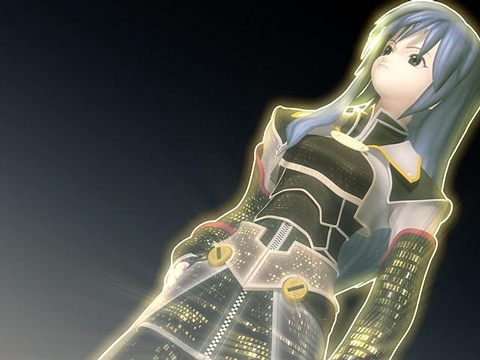 In the game's defense, uh... well, Motoi Sakuraba's soundtrack was pretty awesome. And the Director's Cut version is merely passable instead of unplayable. Incomprehensibly bad plot aside, though, it just doesn't feel like a Star Ocean game. More Star Ocean Lite. Half the content with twice the stupidity, or something like that.

Thanks to Gamespot for the screens, and GameFAQs for the boxart.