If love is just another word for games I played the hell out of as a kid, then Shining Force II is love.

When all the cool kids had their PlayStations and the uncool kids had Saturns, I still had my trusty old Genesis. And, being a broke kid with my parents who didnt exactly feel like spending eighty bucks or more on a single game, I was stuck with what I had. And I was stuck with Shining Force II.

The traditional Shining Force games are your standard -- prototypical, really -- strategy RPGs. To be honest, that was something of a rarity on the American side of the pond back then. Sure, you could find any number of strategy games on PCs and the Romance of the Three Kingdoms? series on NES, but if you wanted an actual SRPG you were pretty much stuck with Ogre Battle? on the SNES and the Genesis's Shining? games. Being a young punk kid, though, strategy that I only really knew from newscasts about the Gulf War, and I had no real idea what it meant beyond jowly old men having hissy fits at each other on news panel shows. I was more interested in seeing sprawling battlefields and a wide variety of characters, classes, and backdrops than I was in worrying about silly things like turn order and enemy placement. 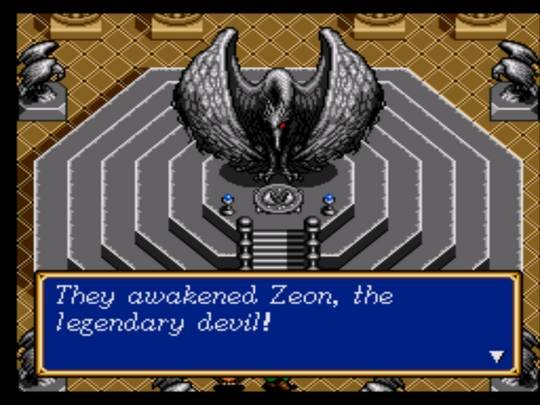 I was even foolish enough to get my parents to shell out for the Sega hint line, which netted me a thick packet of Shining hints, including locations of all the Mythril pieces and uses for rare items. Im pretty sure Ive still got all the hidden stuff memorized. And I know I was spoiled by the in-battle suspend option, something whose lack I lamented with nearly every RPG Ive played since, at least until the DS came around.

The story of Shining Force II was gripping, too, accompanied as it was by those excellent chiptunes; sure, I realize now that it was just cheesy fantasy, but I hadnt yet been desensitized to saving the princess back then. I didnt care about character development or half-baked love triangles, either, because when it got right down to it I was ordering birdmen and magic tanks around. The game was crack to a kid just teething himself on fantasy novels, and Im pretty sure that Shining Force II was what kept me gaming until I finally got my own Playstation and a copy of Final Fantasy VII. (I enjoyed FFVII a bit more after I finally got a memory card, of course.)

One of the greatest marks in Shining Force IIs favor is the relative simplicity of the game compared to both its contemporaries as well as future entries in the genre. Though it is very obviously influenced by the Advance Wars? games and by Fire Emblem? , but it dropped those games rock-paper-scissors format for a more simplified fantasy-based approach. While it still make use of standard archetypes and elements like class progression are almost completely linear, theres enough variety in the classes and what they do to keep strategies open and varied. Put another way, they followed one of the Golden Rules of gaming: Keep it simple, stupid.

And thats important for a kid. I love Final Fantasy Tactics?, and have since the moment I popped it into my PS1, but if Id gotten my hands on it at the same time Id gotten SFII my eyes would have glazed over from how complicated it can be at times. Simplicity is hardly a bad thing when executed correctly, and SFII largely does it right. 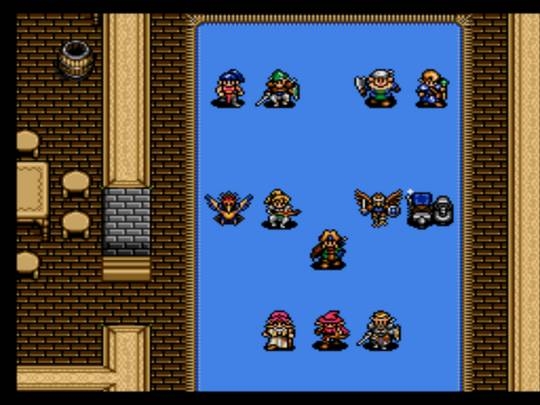 Im sure if I went back and played through the game again with the more jaded and critical eye of an experienced adult, Id find all sorts of problems with it. Simplicity isnt a substitute for quality scenario design, after all. But love helps us look beyond those little quirks by letting us accept those flaws as part of a beloved whole. SFII has seen me through more bad times and good times alike than almost anything else in my life, and Im pretty sure I wouldnt be who I am today without the experiences I got playing it.

Beyond all that, though, is the fact that the game is simply fun to play -- even for a kid who had no concept of strategy beyond the importance of having higher numbers in my characters' stats. That concept of games as fun is something Ive had to rediscover in the last few years, kicking the habit of keeping up with the new releases out of sheer inertia and remembering the concept of gaming as an actual hobby rather than as a habit. Shining Force II was that reminder, courtesy of one of Sega's endless Genesis-on-PC collections from recent years. 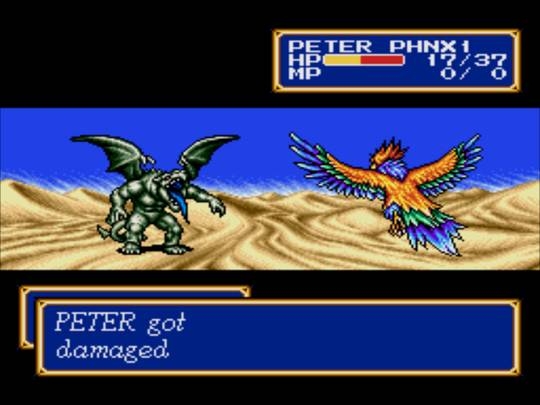 Love may bring you home again, but knowing that you had somehow left it behind is all the more painful for it. So heres to love, fun, and throwing collections of tiny sprites at each other. Hopefully I wont forget this time around.