In today's digital age, scrolling through a ROM list has taken the place of scanning store shelves for "retro" titles. With practically every game imaginable for the NES at my fingertips, I spend more time picking through my virtual carts than some archaeologists spend at digs. Having so many games available makes picking just one to try for the afternoon a real act of dedication on my part, something that I feel should only be reserved for games that are "worth it." Sure, I could spend hours gleefully trudging through Color a Dinosaur, one of the best dinosaur coloring simulators to ever grace a home console, but today I decided to scroll down the list and try something new. Today I made it down to the S games, only to find three words that mattered whatsoever: 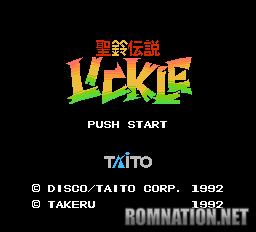 Those three words sat there, staring me dead in the face. Was I man enough to try? Was I silly enough to try? I mean, who in their right mind could scroll past a game with "LICKLE" in the title? As it turns out, I was man enough, and it was almost two hours later before I stopped to realize what had happened. I had been sucked into Lickle's magic world, filled with bright colors, happy music, and no Japanese whatsoever. I knew it was time for me to learn if there was some story behind the four heroes chosen to save some sort of haphazard mountainous terrain, so I went straight to the internet. After a little bit of sleuthing, I came to find out that Lickle was actually released in the U.S. under a much more mundane title: Little Samson. 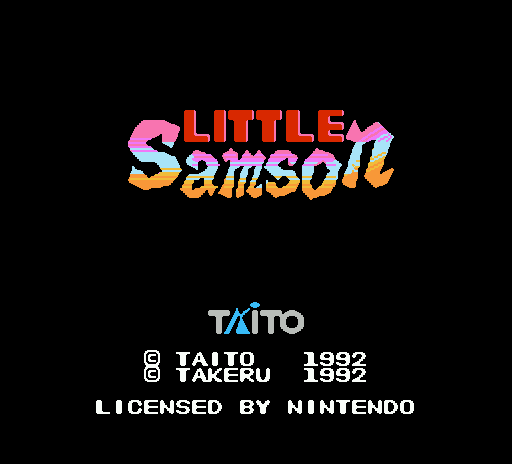 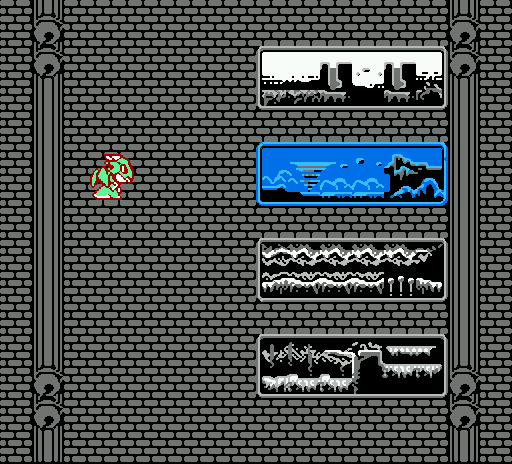 Little Samson begins humbly enough, with a rather bland intro screen that desperately tries to convey excitement through its marginal use of blinking colors. Thankfully, after making your way into the adventure, the game transforms into a rather lush and impressive NES adventure. One of the first things that stands out when playing Little Samson for the first time are its graphics: for a fifteen-year-old NES game, it looks pretty damn good. Granted, Takeru probably had half a clue how to effectively use the NES's color palette a good year after the SNES's eruption onto U.S. shores, but I digress. The game's visuals hold up pretty well after so many years, and that sure can't be said about a lot of older titles.

After pressing Start at the rather unremarkable title screen, you're instantly taken to the character select screen where the four protagonists of your adventure -- Little Samson, Kikira the Dragon, Gamm the Golem, and K.O. the Mouse -- are first introduced. Samson, your average anime-haired, bell-tossing hero, is summoned by Emperor Hans to join forces with three other warriors to stop the evil wizard Ta-Keed from committing the presumably nefarious deeds that evil wizards do so well. After ascertaining all this from the intro sequence, Samson proceeds to inexplicably beat Kikira into submission (because she presumably "needs some convincing"), which doesn't exactly make sense, but is necessary for the game to begin. Remember kids, violence against ladies is funny! But only if the lady in question is a dragon. 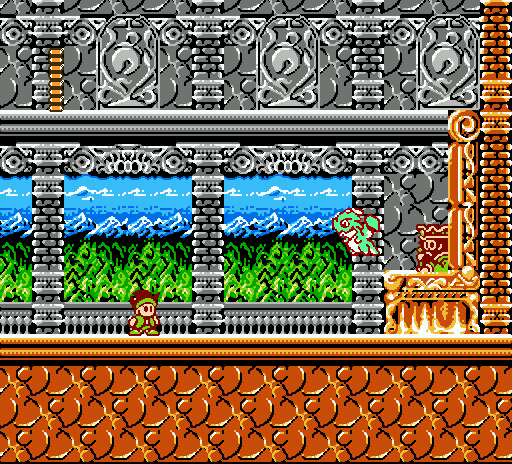 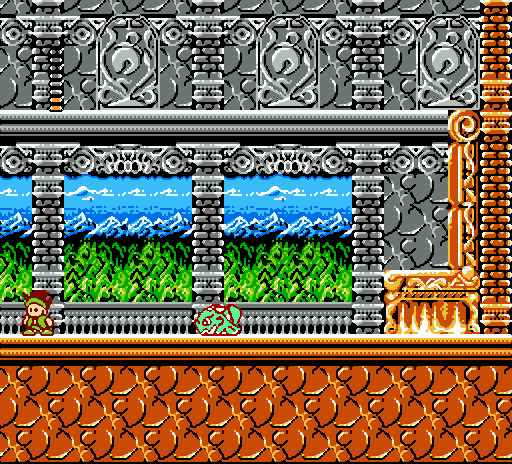 I bet there's a perfectly good reason for beating you senseless hidden in some manual I don't have.

I say these things with the shallow confidence that only the Internet can give me, since there is absolutely no storyline whatsoever stated within the game itself. In fact, not one single line of dialogue appears during the course of the entire adventure -- the storytelling consists entirely of cutscenes of the characters silently moving about from place to place. I grew so confused while playing for my first few hours through Lickle that I had just assumed that the "D" under Kikira stood for something asinine like "Draggy," and that Gamm was just your average brute with a detachable arm and a terrible case of eczema. 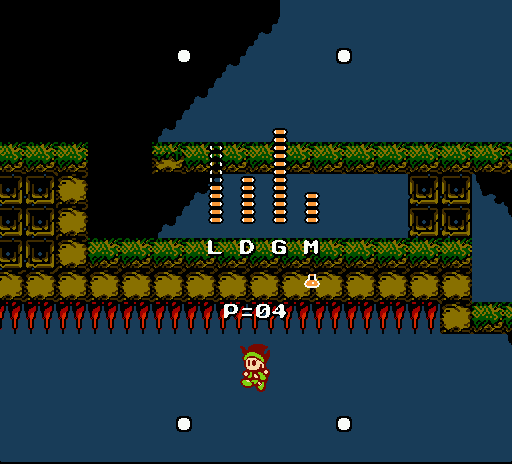 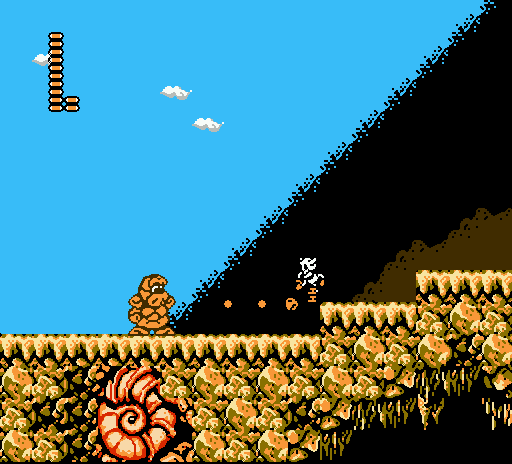 Vapid story aside, Little Samson really draws you in with its wonderfully simple gameplay that is instantly reminiscent of a slightly laid back and bucolic Mega Man adventure. The four adventurers can be switched out willy-nilly during the stage (even in midair!), allowing for new strategies while progressing through the stages and tackling bosses and henchmen. Samson, being the game's namesake, is unsurprisingly the "all-rounder" who can climb walls, while Kikira excels in all the areas that a good dragon should -- spitting fire, flying for short periods of time, that sort of thing. K.O. the Mouse is expectedly small and quick, but also appears to have taken a lesson from Super Mario Bros. 2's Mouser and can also drop bombs that are rather tricky to use. And Gamm is brutally strong and can walk on spikes. (Take that, Mega Man! You wuss.) On top of these abilities, each of the characters come equipped with their own life bars that can be upgraded with power-ups located throughout the levels, making the experience considerably easier if you can stay alive and pick up tons of powerups from the recurring monsters.

Little Samson isn't one of the most challenging games you'll ever play. In fact, it probably won't even be in the top five. (Unless you're new to gaming, in which case, welcome!) Being able to switch between characters at any time means that you can utilize all their life bars whenever necessary, and easily heal beaten down characters by swapping them out whenever heart containers are found, as one might do with weapons in Mega Man. However, playing through the game's fifteen stages in "normal" mode without save states or any extra help will still present enough of a challenge to be fun for the most hardened platforming fans. 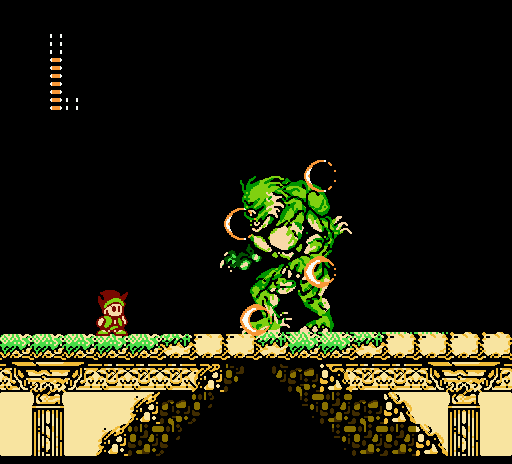 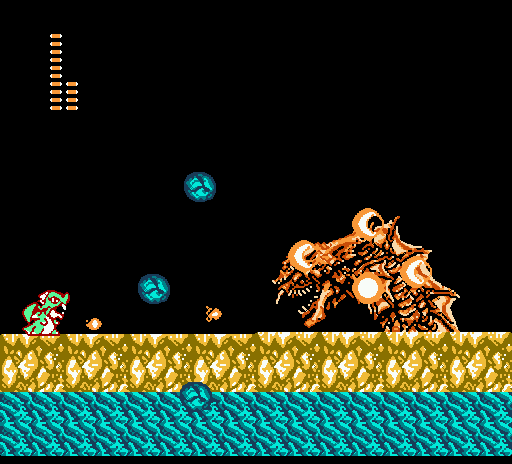 With Little Samson coming at the tail end of the NES's lifespan, it was unfortunately missed by many gamers who had already moved onto bigger and better consoles. It's one of the more expensive NES games these days, and well worth the three-to-five hours it takes to complete. Many of its innovations, such as its "hot-swappable" character mechanic, were welcome additions to the game that made it a fresher experience than your average Mega Man clone. And next to that series's contemporaneous offering, Little Samson blows its mediocre ass out of the water. 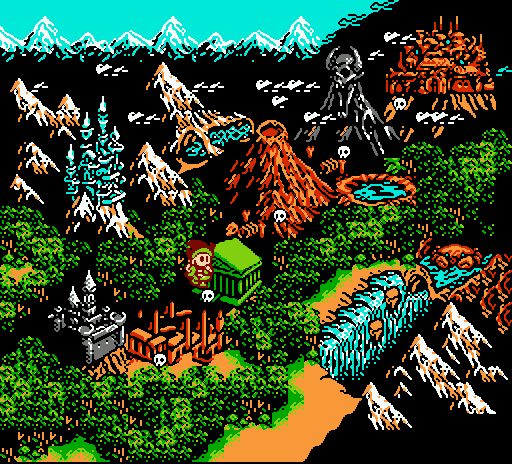 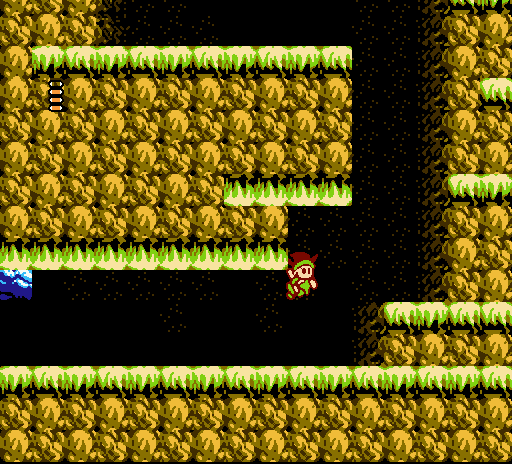