For a game about falling blocks, the actual pieces in Tetris go largely uncelebrated. Tetris is one of those rare videogame creations that's been written about in such depth and detail over the years that finding something new to say about it is virtually impossible. Everyone knows it inspired an entire genre of falling-block puzzle games which remain popular to this day, that its importance to the industry cant be overstated. Alexey Pajitnovs story about not (initially) profiting a cent off the game has been recounted many, many times, as has the chronicle of Tetris's sordid history of dirty ports and legal battles. And, of course, the overwhelming success that Nintendos Game Boy found as a direct result of Tetris being packed in with the system has been documented so thoroughly its practically a cliché.

So lets talk about the blocks.

Despite the game's global popularity, a shocking number of people dont even know what the game's componentsthose falling squares that haunt your dreams after extended play sessionsare called. Most people are content with block or pieces, and everything from tetrimino to Tetrad has been officially sanctioned through the years. Currently, The Tetris Company (a company based entirely around licensing out the Tetris trademarkhows that for a sign of success?) refer to them as tetriminoes, which itself is a play on the word tetromino, an actual word for a geometric shape composed of four squares on a flat planefor which Pajitnov, unsurprisingly, named the game. But, just like Square Enixs obsession with replacing Fire 3 with the more fantastical Firaga in the Final Fantasy rereleases (when all the player really cares about is whether or not it will let him cast a fire spell), so too are the tetrads/tetrominoes/tetriminoes doomed to simply be "pieces" and "blocks," regardless of what The Man says.

Similarly, each of the individual pieces themselves are straddled with both formal titles and (generally more descriptive) nicknames. Officially, each one is named after the letter of the alphabet it most closely resembles, and to some degree it works. Unofficially, theyre called all sorts of crazy things. Take for instance the I-piece, more commonly referred to as the long piece or the stick. If anything, its the best example of why the names are pretty superfluous; after all, using any one of these perfectly calls to mind the same piece. This ease of communicationor, at least, the recognition that it doesnt really matteris probably why Tetris simple shapes and plain graphics set the standard for the genre ever since. Tetris put its emphasis solely on uncomplicated gameplay, shoving all other considerations aside. Of course, the first portable rendition of the game was a bit plain by even the Game Boys monochromatic standards, but it came to be a physical representation of the systems mantra: it might not look like much, but wait until you play it.

The success of Tetris on the Game Boyor rather, the success of the Game Boy because of Tetriswas due largely to the fusion of this elegant simplicity with portability and replayability. Tetris was perfect for both long car trips and short bursts of play at the doctors office, and it was instant fun whether someone wanted a challenge or just a casual time-waster. Theres an almost circular logic at work here: the game that was a hit because of its versatility in turn worked to emphasize the importance of versatility. Whereas the I-piece is arguably the most important piece in the game by virtue of the fact that it would be impossible to get an actual tetristhat is, to clear 4 lines at oncewithout one, the most useful piece is easily the T-block. The T-block is the players best friend, the only piece able to both fit snugly atop the nefarious O-block and flatten out the annoying S and Z pieces. It could simultaneously build on and be built upon. In short, seeing it appear in the next box is always cause for celebration. It's the most versatile piece in a game where versatility is king.

Unfortunately, with every yin theres a yang, and in the case of the T-block, the darker half was the awful O-block. The O-block is the name of the square block, which, uh, sort of looks like an O if you squint, kind of. Its also notoriously bad for ruining otherwise neat and straight lines of blocks. There are very few options to deal with it, since its flat on all sides and wont connect with other tetriminoes, and odds are it will rear its ugly head exactly at the worst possible time, every time, serving no purpose other than to seal off empty spaces within the growing stack. Even calling it the O-piece is a bad ideaunless youre speaking to diehard Tetris aficionados, referring to it as such is likely to draw blank stares, probably due to a resemblance thats shaky at best. This is in direct contrast to the L-piece, which fits the name so perfectly it doesnt even have other nicknames, andperhaps coincidentallyis an infinitely more useful component. Nearly the same length as the I-piece but with a little nub sticking out, its perfect for filling in horizontal spaces, vertical spaces, or dropping the nub into one-square crevices. After the T-block, it (and its slightly-less-well-named brother, the J-piece) is the best tetrimino out there.

Lastly, there are the S and Z-pieces. While not quite as universally maligned as the square block, theyve certainly given Tetris players their fair share of migraines. The Zs and Ss are easily the most awkward shapes of the bunch; theyre the nonconformists, their very form defying clean, neat placement. At the same time, its this very shape that makes them the perfect fit in otherwise inaccessible spaces, their little zigzag bodies worming their way into oddly shaped alcoves left by the partially cleared corpses of other blocks... or, much more likely, the prior Zs and Ss that created them in the first place. The conundrum of the Zs and Ss simultaneously causing and fixing the majority of problems during a session of Tetris is a good thing, though; its one of those secret spices to that lend the game its zest, a tiny nuance that gives Tetris depth without making it overly complex. To put it another way: Tetris music is lauded as one of the key elements that helped along its success, to the point that any version that doesnt include Type-A (now pretty much known as "the Tetris song" around the world) or Type-B is regarded as inferior. And yet, theres nothing special about these songsType-A is simply a chiptune version of Russian folk song Korobeiniki, and Type-C is based on a piece composed by Johann Sebastian Bach, presumably because it was free to licensebut would it really be Tetris without them? For all the vitriol the Zs and Ss get during a heated play session, theyre essentially the gameplay equivalent of the musiceven if players dont realize it.

Calling Tetris popular is an understatement. Everyone has played Tetris. The Game Boy (and an entire genre of games) would have been much less popular without Tetris. I'd like to think that the 1989 release of Tetris was one of the leading factors in the ending of the Cold War, a direct result of the Wests introduction to Russias finest export. But thinking about Tetris in terms of individual pieces is, perhaps, the wrong method to look at its success. If the game has taught us anything, its that, it isnt just the elegantly designed tetriminoes, the music, the understated graphics, or any other single element that made it an institutionits how they all fit together that counts. 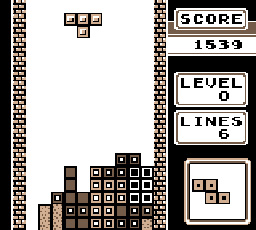 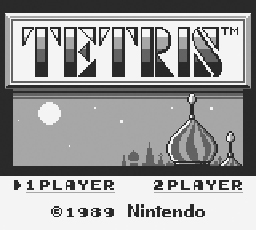 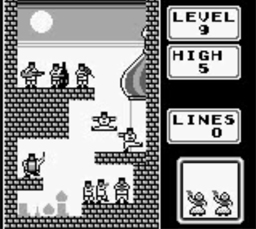 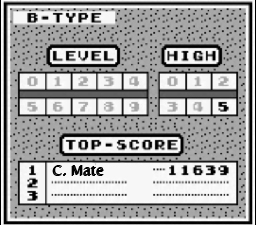 Previous: A Tiny Star is Born | Next: Super Mario Land