I was sold on BioShock before I'd had even played it. Like everybody else, I had no idea what the game actually was until I read Game Informer's March 2006 cover story. Upon ingesting everything I could read, I instantly knew I'd buy it. I was one of the first, you see, a trendsetter in my own way. Working at a video game store, I had the opportunity to hype other people on it as well -- and sure enough, I did. In fact, my store sold more copies than any other in our region, and for that, we got a handmade Big Daddy bust.

To say I was excited about BioShock was an understatement. It's a damn good thing it lived up to my expectations, or else I would have looked like a fool. 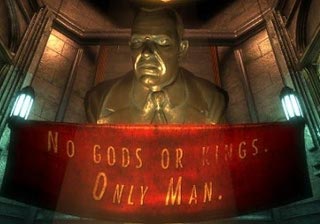 I find it hard to put into words exactly what made BioShock so compelling for me, because it did so much right. The atmosphere of the fallen city of Rapture pulled me in; the varied combat options kept me playing; and the story left me thinking long after the credits rolled.

For the uninitiated, BioShock is a game about presenting choice to the player -- not only in terms of story but also in its gameplay. You're given a choice: do you keep the strange, seemingly possessed young girls called Little Sisters alive, or do you harvest them for the special powers they possess? You're also given a choice in your approach for each enemy engagement thanks to the game's abundance of weapons and skills. And then at the end of the second act, you witness an event that makes you realize your sense of control and empowerment is a sham, demonstrating precisely how little control you have over your hero's path. 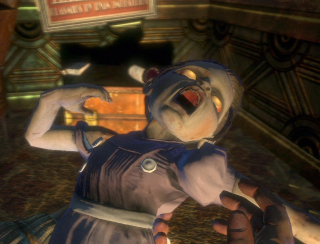 As the player approaches Andrew Ryan for what you assume is the grand finale, Andrew Ryan proudly proclaims the difference between a man and a slave by ushering a simple phrase; "A man chooses, a slave obeys." He then reveals that you are merely a pawn in Atlus's game, forced to do his bidding whenever you hear the phrase "Would you kindly?" Ryan then tells you to (kindly) kill him, and hands you a golf club. An obedient slave to the end, you do so, but not before Ryan restates his belief that man must be his own master. Just like Obi-Wan, Ryan proved a point with his death.

But I didn't want to kill Ryan. There was no need to murder him in my eyes -- and yet, I saw in an immersive first-person view my character doing that very thing. I actually set my controller down and stared in shock as this unavoidable murder unfolded in front of me. Of course, games always make you do what the developer intend, but I don't remember another time when my lack of choice and control has been so blatantly thrown into my face. Let's not forget about the ending to the game -- the actual ending, not the last fight -- in which you're given two possible outcomes for the previous twenty hours of "free will" and "choice." Both options amount to nothing, really. 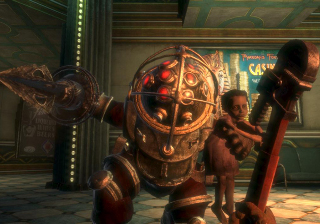 It took me a few days of percolating to realize what I had just seen and experienced. I knew that the scene was powerful, but I just couldn't place my finger on why. And then it finally hit me; the "major" choices I was given didn't amount to a damn thing. I was simply a slave to the developer's vision. What I did have an effect on, however, was my own enjoyment of the game. I may have been forced down the same path as everybody else was, but I went down that path while making my own choices. I powered up my crossbow and destroyed everything that got in my way. I chose... while obeying.