While the debate over whether or not games can be art will no doubt continue unabated, the medium has at last seen its first successful independent art film with the release of Braid. A critical darling in the gaming press, Braid has even received coverage from NPR and other mainstream media. With wide distribution via Xbox Live Arcade, Braid netted brisk sales in its first few weeks of availability, too. And it was mostly developed by just two people: outspoken designer Jonathan Blow and his down-to-earth artist David Hellman. 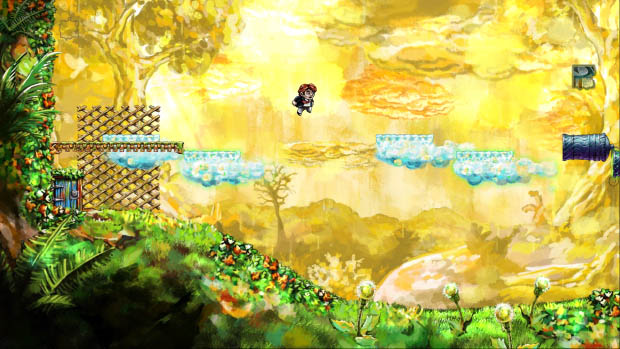 Back in the 1970s and early '80s, it was unusual for games not to be written by a single programmer, and personal computers and disk drives made it quite easy to develop and distribute games without a major publisher or development house. But as gaming technology advanced, these one-man projects gave way to teams of artists, programmers and producers, and development costs skyrocketed. One of the concepts behind Xbox Live Arcade (other than squeezing five bucks out of you to play Ms. Pac-Man again) was to foster development with smaller teams, showcasing new ideas that would be too risky or obscure to pursue in a full-budget release. Llamasoft, a small developer with roots in the '80s, took a crack at an indie hit of its own with Space Giraffe?. But it ended up being the equivalent of a polarizing, "love it or hate it" experimental film instead. Braid, however, made the cut.

So what's so artsy about Braid? On the most basic level, it's a short yet ingenious action/puzzle game dealing with various forms of time manipulation. Yet it's also a post-modern deconstruction of Super Mario Bros.? and the "save the princess" gaming motif. And finally, the game is about mood -- particularly a sensation of melancholy loss.

As a new take on the puzzle-platformer, Braid excels. The time-based puzzles are tricky and inspired, with many "aha!" and "why didnt anyone think of this before?" moments. The ability to rewind time and the subsequent risk-taking this power invites is certainly not a new concept, as Prince of Persia: The Sands of Time? used it to fine effect in 2003. Here, though, this mechanic is directly tied to the puzzle solving; each world is a new variation on time manipulation, and no two puzzles are alike. For its gameplay alone, Braid is well worth your time and money.

Braid doesn't slouch in the presentation department either. Hellman's detailed 2D art is best described as watercolor with subtle animation. The stirring yet folksy music is miles away from the testosterone-laden Jerry Bruckheimer fanfares typically aimed at the teenage male demographic. If you've ever played Super Mario Bros., youll notice many an homage to the game; the squatness of your character, the need to jump on the Goomba-like enemies, the dungeon battles with a dragon-like boss and -- of course -- the princess being in another castle. 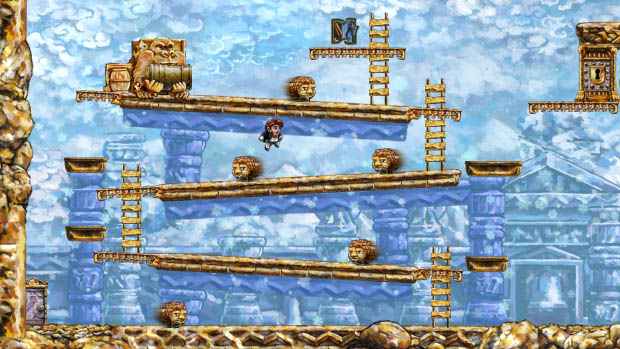 Hmm... This reminds me of something...

But the "save the princess" theme is taken several steps further. Before you play each level, you have the option of reading a short book that reveals a snippet of your characters story. Along with the pictures formed when completing each world's jigsaw puzzle from pieces found in the game, these elements hint at a story of love, loss, and growing up. Hardly the stereotypical story of boy-meets-girl that is so often churned out through pop entertainment, Braid's plot hints at something real. Think Ingmar Berman, but not quite as bleak.

These three rich elements lead up to a twist ending that, while ingenious from a gameplay perspective, leaves many gamers baffled. "Is that what he meant?" I wondered as I tried to make sense of it all. Much like a good indie film, I had to think about what I had experienced. In fact, I was still disappointed in the ending's ambiguity when I first set out to write this piece -- especially seeing as everything else about the game is so strong. The ending feels like the weak link in the chain of a near perfect experience.

But part of what makes Braid's story so compelling is its messy, real life feel. A clearer ending, tied neatly in a bow, would be insubstantial, and cheap.