Remember when Atlus tried to market Shin Megami Tensei in the U.S. as “Revelations“? Honestly, as far as trying to come up with a name that’s roughly culturally equivalent to SMT — “Reincarnation of the True Goddess” — Revelations isn’t too bad. It seems less likely to inspire the willfully ignorant to roll their eyes and give a “whatever” than its decidedly Japanese original moniker. And I’m pretty sure that every otherworldly apparition cited in the Book of Revelations shows up at some point in SMT…. 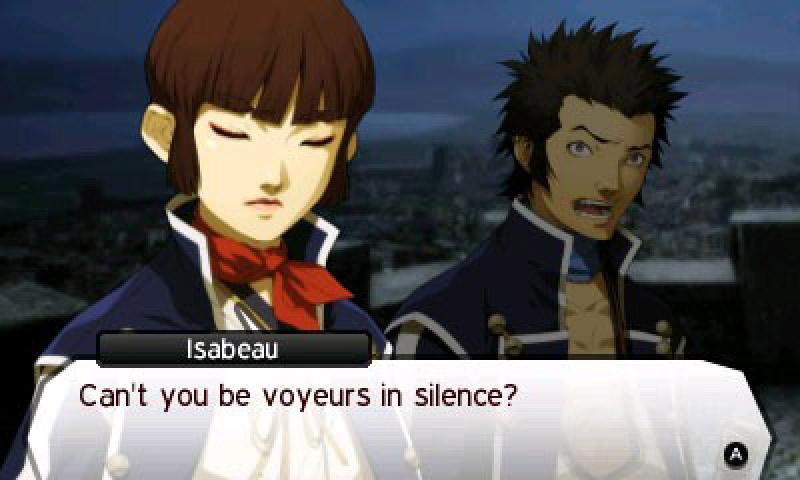 Which is to say: Shin Megami Tensei IV is out in the U.S., and if you have access to a U.S.-region 3DS and like good, interesting, artful role-playing games that call back to the best of the PlayStation and PS2 era, you should absolutely grab a copy as quickly as possible. SMT IV is, hands down, the single best game I’ve played all year. Well, I did play a bit of Chrono Trigger and Final Fantasy V recently. I guess it’s merely tied for the best game I’ve played all year.

(Note: In case you missed my subtle point, I just said I was as impressed with SMT IV as with Chrono Trigger and Final Fantasy V. OK?)