Sea fish are fat in the belly: Sayonara, Umihara Kawase 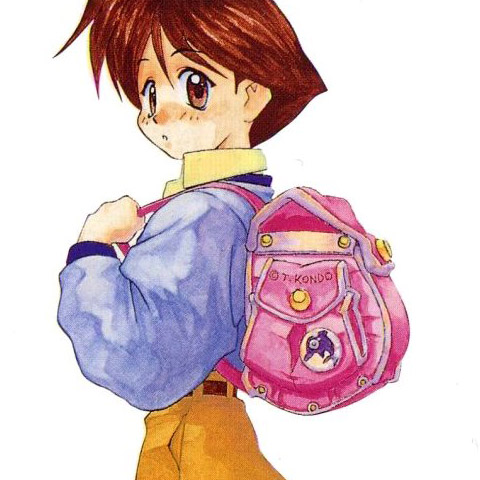 According to the Internet, relaying a blurb from Weekly Famitsu, Umihara Kawase will be receiving a sequel for 3DS later this year.

This, of course, is the best news.

Umihara Kawase has long been one of the video games for which I tiresomely beat the drum of personal obsession. If you boil things down to their utter basics, my favorite game of all time just might be Bionic Commando for NES for the way it so cleverly reworked the budding platformer genre, turning the format sideways by maintaining its fundamentals but forcing players to learn a completely new skill set to succeed. Umihara Kawase, in turn, is basically Bionic Commando’s expert mode.

Umihara throws out all the supplemental mechanics of Bionic Commando — the story, the gear, the level map, the rudimentary leveling system — in favor of pure platforming. Its stripped-down visual style and minimalist presentation exist entirely in service of gameplay purity: Climbing and grappling with an elastic wire.

The complex physics of Umihara‘s “rubbering” grapple are something I’ve yet to master, admittedly. But they’re amazing — the physics were so complex that the game often suffered slowdown on Super Famicom because of math. The game received a sequel and expansion on PlayStation, the latter of which is stupidly expensive. The whole series was compiled into PSP, where it was a glitchy mess, and again onto DS, which version seems pretty solid.

I’m eager to see what the new entry is like. Umihara is one of those games you don’t see often anymore — seemingly simple and whimsical on the surface, but harsh and demanding underneath its frivolous superficial aspects. Like Parodius, it only seems lovable and surreal with its clip art backgrounds and semi-realistic ambulatory fish. But deep inside, it wants to hurt you.

I just worry it’ll be surrounded by too much smut in the marketing as so often happens to niche games in the Japanese market these days. The character designer already put together some fairly risqué images of the heroine, and most of the fan art existing for the game online depicts her in less than family-friendly situations. I’d hate for that pandery crap to scuttle its respectability… but as long as the game itself holds up, we must soldier on. Please petition the White House for its localization now!

9 thoughts on “Sea fish are fat in the belly: Sayonara, Umihara Kawase”