My Etrian Odyssey IV review lurks quietly in the bowels of IGN’s CMS. Biding its time, waiting for the moment to strike. It’ll go up… eventually. 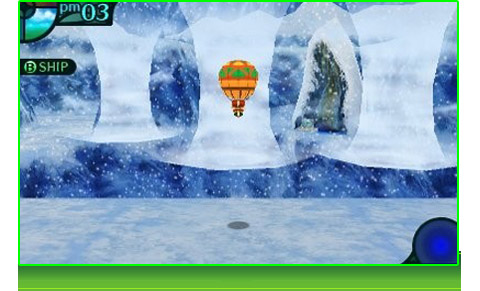 Writing for IGN reminds me a lot of writing for EGM back in the day. Content needs to be more compact and less verbose. It also needs to work for a larger and therefore more general audience than what I’m accustomed to dealing with at 1UP (not to mention here). There’s nothing wrong with a disciplined approach to writing — I’ve done many more editing passes on this one review than any article in ages so I can hit the right tone without losing its color and voice — but it does mean I can’t really wander off into the weeds with specific tangents on game design and minutiae.

In the case of Etrian IV, this means I wasn’t able to go on at length about how brilliantly the quest’s structure improves the game experience. The first two entries in the series simply thrust players into a single 30-floor labyrinth with a mandate to explore, map, and conquer every last inch. It was decidedly old-school in nature, which means it often became somewhat repetitive as you trudged through five floors of identical visuals to reach the next five-level stratum (lather, rinse, repeat). Etrian III broke this up slightly by separating the strata and reducing them to four floors apiece while providing an ocean to explore on the side, breaking up the monotony somewhat. But only somewhat. I love the series, but I can see where they can wear on others.

Etrian IV, however, takes its predecessor’s style and runs with it. Instead of dividing the labyrinth into strata, the game instead breaks the world into different areas, or Lands. Each area features a main dungeon in the traditional Etrian style: A steady, progressive foray into increasingly hostile territory with a boss and the means to reach the next Land at the end. You dodge or defeat F.O.E.s, you alter the state of the environment, you find shortcuts to make subsequent outings progressively less toilsome until at last you have a shortcut to the boss. It’s business as usual, but this time there’s less of it.

This is not to say Etrian IV contains less content than its predecessors, though. On the contrary, I’d say it contains more. The world map becomes an integral aspect of exploration here, forcing you to map your way and avoid or battle F.O.E.s the same as in dungeons. Various obstacles hinder your way, and you steadily add new abilities to your airship to expand your freedom to roam and explore: The ability to fly at different altitudes, to survive whirlwinds, to distract F.O.E.s, to press through gusty passages, etc.

Meanwhile, as you explore, you uncover a number of smaller side dungeons in each Land. Despite featuring the same core gameplay as the story dungeons, these help add a tremendous amount of variety to the adventure. Each mini-dungeon has its own hook, from vanishing F.O.E.s on patrol to pillars of ice that melt and flood the paths. Most of the side areas revolve around the behavior of their specific F.O.E.s: Kill the baby F.O.E.s in one and their mother will come and hunt you down to destroy you. Navigate a treacherous swamp while trying to stay out of the way of frog F.O.E.s that travel at odd angles. Face off against lizards that vomit poison and make huge swaths of floor into a toxic death zone.

Another great thing about the side dungeons is that, as numerous NPCs remind you, they’re a great place to train your levels. Like every game in the series, you will eventually hit a wall that absolutely destroys you (in my case, that was the third Land’s boss) and halts your progress. Before, that meant trekking through previously explored areas to grind for levels. In Etrian IV, you need simply delve into the side areas and take on their assorted threats and treasures. In doing so, you’ll almost invariably gain the levels, loot, and cash you need to advance without ever once feeling like you’re treading water or burning time to overcome some unreasonable threat.

What’s that word? Ah yes: Balance. Etrian IV manages to be exquisitely tough yet neatly balanced in a way its predecessors lacked. And it goes about it by addressing the other biggest complaint people had: The repetition.

Seriously, I can’t say enough good about this game. It’s aces. If you enjoy RPGs and don’t need Prada-inspired FMV parades once every hour to keep you engaged, I highly recommend it.

9 thoughts on “Order of battle”