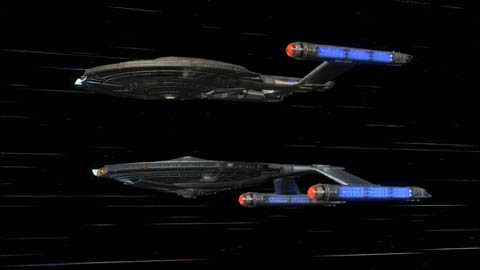 You guys (what few of you were willing to stoop to the level of discussing this show) were right — Enterprise‘s fourth season actually was even better than the third despite the lack of a singular overarching plot theme. Or rather, an overtly stated theme; beneath it all was the driving motif of “let’s get to classic Trek,” and it did a vastly better job of this than I honestly could ever have expected from this show in its first two seasons. I’m going to attribute that to the presence of Garfield and Judith Reeves-Stevens’ names in the credits for the whole of season four — they’re veteran Trek folks who (if I’m not mistaken) got their start as fans trying to coax Paramount into resuscitating the franchise in the ’70s. Who better to see the classic franchise to its quiet finale before the loud, brash movie reboot than two people who helped bring it back from limbo in the first place?

In a lot of ways, I’m glad the first two seasons were the aimless mess they turned out to be; as with every Trek spin-off from Next Generation on, Enterprise needed about a season and a half to find its voice, and I don’t think it would have done the franchise’s legacy justice if it had tackled topics like the birth of the Federation and the Eugenics Wars right away. Season three served as a sort of crucible for the series, an entire season of the crew responding to their own unique threat far removed from series’ universe as we know it. It allowed the bland-beyond-belief cast to grow their characters and earned the ship the right to its name. Having come of age, Enterprise finally had the maturity to begin its real purpose of laying down the groundwork for the original series. 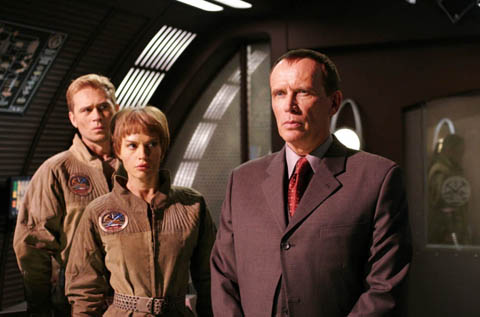 The downside, of course, is that those mediocre-to-miserable first two seasons killed the audience’s interest in sticking with the series (myself included), so no one was around to appreciate the fact that the franchise went out with some of the best Trek ever. The worst I can say about any episode of season four is that one or two were inessential; none were bad. Well, except perhaps the finale. I know the reputation that one has, and I’m not sure if I’m going to watch it. As I’m concerned, “Terra Prime” makes a perfect capstone for the series, even if it was cut down in its prime. The Romulans are out there, sowing discontent with shadowy tactics; the Klingons regard humanity with a wary tension that could burst into war anytime; Earth had begun its starship program in earnest with the launch of NX-02 Columbia; and the Federation Charter has finally come to into being. Archer’s speech to the proto-Federation delegates about “we’re all explorers” makes a much better capstone to this franchise than fat Riker trying to frame all of Enterprise as a loose recreation of events. I’m done, and it ended perfectly. Although I’m sad Robocop turned out to be such a racist creep.

The fourth season’s division into a handful of interlinked arcs was brilliant. Several narrative threads ran throughout the entire series, and it seems like the writers created arcs by putting two of them together. Humanity’s regrettable past plus Klingon tension equals an unnecessary — but much less embarrassing than I expected! — explanation for the cosmetic difference between original series Klingons and the rest. (I’d have accepted “differences in makeup tech between the ’60s and ’80s,” but I suppose Deep Space Nine put its foot in it by calling attention to the change, so whatever.) Romulans plus the birth of the Federation equals Romulans using subterfuge to drive a wedge between the various future species of the Federation. And so on.

I have some more specific thoughts, but I’ll have to finish the second half of this tomorrow when I have more time. Lucky you.