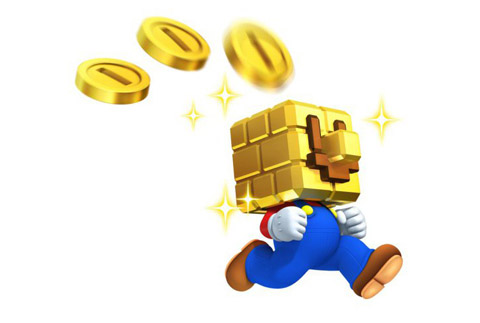 After reading about the new DLC that debuted for New Super Mario Bros. 2 today, I decided that maybe before I start investing in DLC I should bite the bullet and start moving games available in digital format from carts to downloads. What better title to start with than NSMB2?, I asked myself.

So, now it turns out I can’t download the DLC yet, because you can only do that via the Coin Rush menu. Which you can only access once you’ve completed World 1. Which my new download version hasn’t accomplished yet because cartridge games save data to cart, rather than SD card. I find this kind of baffling, actually. I thought one idea behind supporting SD cards was to cut down on cart costs by making them read-only, saving data to the system’s memory slot rather than the cart itself. Everything I assumed was a lie.

Stymied, I decided to use my import 3DS to download E.X. Troopers… which, it turns out, isn’t available digitally. Only as a cart.