Imagine my surprise to learn that the mascot for Kellogg’s Sugar Smacks, that dumb frog Dig ‘Em, was replaced by a dragon in Japan: 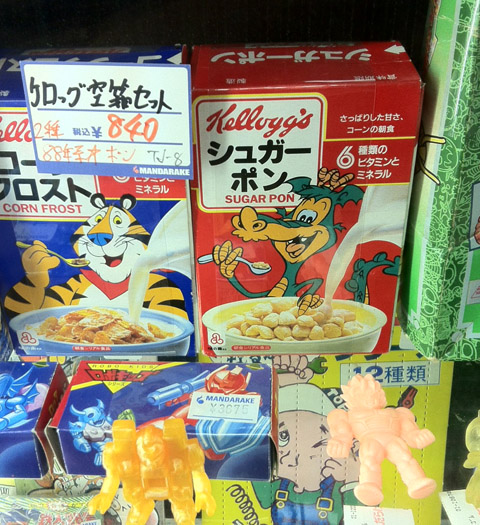 This wasn’t some obscure American mascot for the cereal, but a creature unique to Japan. Everything really is cooler in Japan, isn’t it?

I’m actually a little surprised to find breakfast cereal here at all, given the genetic prevalence of lactose intolerance among all peoples outside of us genetically deviant white folk. I want to believe that these cereals are meant to be served not with milk but rather with 200mL of unfiltered sake. They’re gr-r-r-r-eat!

7 thoughts on “Now I feel shortchanged”