I lose track of actual seasons living in San Francisco, a city defined by micro-climates that have nothing whatsoever to do with weather patterns anywhere on the planet. Bitter cold average temperatures in late June and early July? Sure! Hottest days concentrated in October? Why not! But having returned from a week in Santa Monica, I am reminded that for the rest of the Northern Hemisphere, summer is well on its way.

For the summer, one of the the best things a human male can do for himself is don a good straw hat. Now, look. I know there are folks out there who will loudly tell you that wearing any kind of hat besides a baseball cap is dumb and atavistic and blah blah blah. These people are what we in the wordsmithing industry tend to refer to as “buttheads.” Do not listen to them.

A straw hat is a valuable summer companion. It is a creation that has evolved over many years to make human life much less miserable in the sweltering summer months. The brim of the hat blocks the sun from your eyes and helps keep your face, ears, and neck from becoming sunburned without slathering yourself in lotion. A good straw weave blocks sunlight — and therefore heat — from making direct contact with your head, yet its porous nature allows air to pass through and cool you off. It’s basically like wearing an air conditioner on year head, but without the CFCs. It’s true that other kinds of hats can imitate these functions; a ball cap generally will have a slightly longer brim than a contemporary fedora, which helps block the sun from your eyes… but it does nothing to keep the sun off your ears or neck. A ball cap also fits more snugly, leaving less room for your scalp to breathe. And unless you wear a mesh cap (which has all kinds of terrible connotations) the material is bound to be less breathable as well. 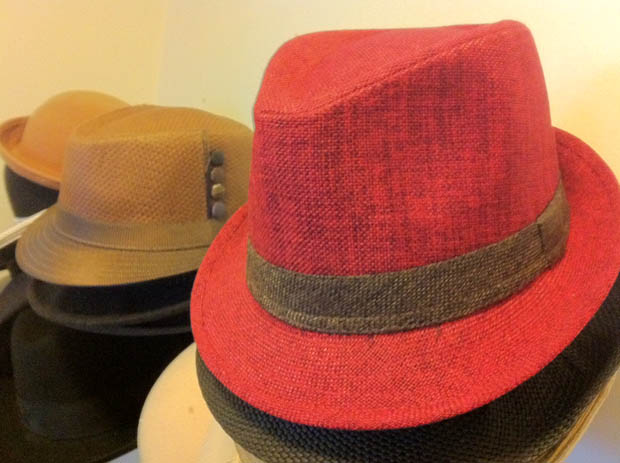 Of course, you still have to observe basic coordination etiquette even in the summer. Especially in the summer. Fedoras worn without a collared shirt tend to lead to the dreaded “you look like a Linux tech who thinks he’s Indiana Jones” syndrome — not that there’s anything wrong with dealing in Linux, but you have to admit a cron job isn’t exactly on par with punching Nazis on the sliding scale of heroism. Also, remember that Indy wore collared shirts, even in the desert. And while there’s no law against wearing short-sleeved dress shirts, I once saw them described as “the day-old deli meat of men’s fashion.” Pick your short sleeve-and-collar combo carefully! Or better yet, wear a normal collared shirt and roll up the sleeves. Light cotton or linen work best for that sort of thing, though.

Actually, now that I’m writing all this out, it’s kind of complicated and annoying. Just do the Steve Jobs thing and wear the same simple outfit every day. It’s the only solution.

This has been your FashionSpite wisdom for the month of May.