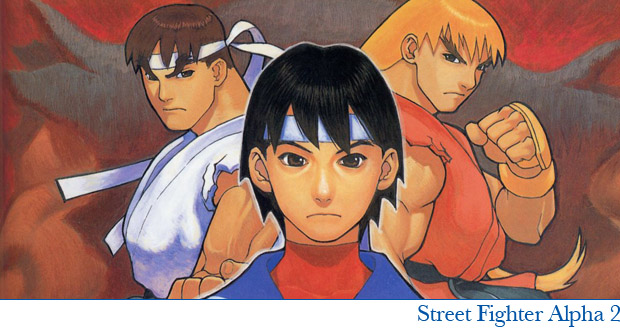 The Super NES era consistently caught me by surprise. Secret of Mana was amazing! Super Metroid somehow managed to exist without my knowing about it until after launch! But perhaps most startling of all was Street Fighter Alpha 2, which showed up in the twilight days of the system and somehow made me care about Street Fighter again. I didn’t even mind the way a cartridge somehow suffered from load times. Or the random dropped frames. Seriously, how did this game exist on Super NES? Wizard people, dear readers.