Trek Trek: Into the second season

Hey dudes, in case you missed it: GameSpite Journal 11 is go. Check it out, please. 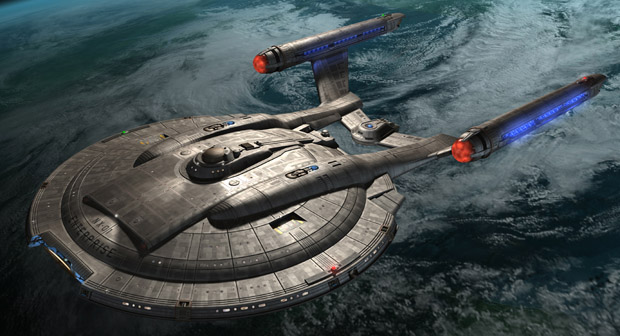 So, the day I finished up Farscape and vowed to get back into Trek Trek with season two of Enterprise, I wrenched my back and came down with a cold. Before I recovered, I had to travel for a week. But finally, three weeks later, I’ve leapt back into the second-most-hated Trek series of all time. And… so far, it’s been stunningly good. The first disc, at least, represents the least agonizing Enterprise experience I’ve had to date! Faint praise? Maybe, but I’ve really enjoyed several of these episodes.

Shockwave, Part II: A fairly satisfying conclusion to the season-one cliffhanger, this episode did strain suspension of disbelief when Captain Archer managed to escape from a desolate, failed future by hammering a copper spoon into wiring for a time-travel device. Otherwise, though, a pretty decent case of success through good thinking rather than through implausible techno-yammering.

Carbon Creek: “Carbon Creek” is set in the early 20th-century American northeast and revolves around three Vulcans who crash-landed and must eke out a living without exposing themselves as aliens. It’s a really nice piece of science fiction — not just Trek, but a fine example of the genre. It could easily be passed off as a Twilight Zone episode with no one the wiser. I suppose it should be damning to realize that the most enjoyable episode of the series so far has involved the crew strictly as a framing device, but I don’t think that’s fair. “Carbon Creek” does something the Trek franchise almost never does, which is explore the franchise’s universe beyond the perspective of the main crew; the closest thing I can think of would be some of the better Trek novels from the ’80s, like Strangers from the Sky and The Final Reflection. It’s a good example of what the series can do when the producers aren’t so hung up on the recognizable protagonists.

Minefield: I’m sure people complained about this episode for bringing the Romulans into Enterprise, but it’s done here in a much more natural way than the Ferengi were in the first season. They’re presented as standoffish and hostile, but not necessarily bloodthirsty, and in keeping with the lore of classic Trek no one sees what they look like. Its attempts at creating tension don’t really work, since you know the mine clamped onto the ship’s hull isn’t going to vaporize the impulse engine or the armory officer, but at least the events of this episode have lasting ramifications throughout the subsequent episodes.

Dead Stop: This episode immediately followed the events of “Minefield,” and was pretty much unremarkable. I get that the ship was in bad shape, but the whole hey here’s a mysterious automated facility that will magically fix our ship for a surprisingly modest fee thing seems a little bit too obvious a trap. You don’t feel sorry for the dumb teen who walks into the woods and dies to the slasher when it’s pretty obvious the slasher is out there. You root for the smart one who hangs back and outsmarts the monster, is what I’m saying.

A Night in Sickbay: Aaaaand we’re back to the whole hyuck-I’m-a-hayseed-yokel-in-space approach to characterizing Captain Archer. Oh well. It was nice while it lasted.

7 thoughts on “Trek Trek: Into the second season”