I was hoping to write something awesome and meaningful for GameSpite tonight, but I’m still really sick and living life in a muzzy haze of drugs. So you’ll have to live without. Instead, please enjoy this: 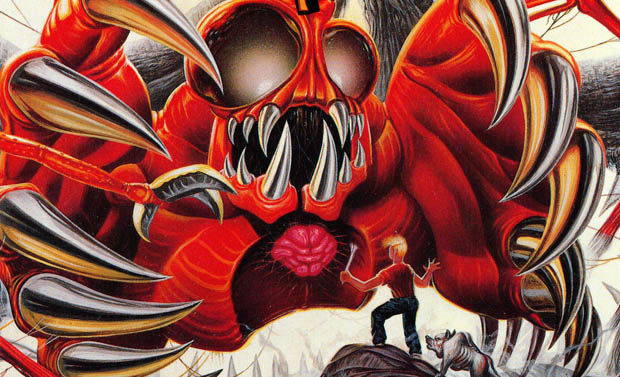 A very nice article on Secret of Evermore penned by Mike Zeller. It is quality stuff, even though my work ethic fills me with crippling guilt for simply reposting someone else’s work. This is why I will be a burnt-out ember of despair by age 40. Though, to be honest, the looming proximity of 40 alone makes me feel rather ember-like all on its own.

I don’t know what to think of this game’s box art. The giant bug-thing looks really scary, but I know in reality it’s just a big immobile background that doesn’t do much to speak of with those terrifying claws. Meanwhile, the dumb kid’s jazz-hands approach to combat makes me wish the dog would nudge him into the spike put below and put him out of everyone’s misery.