Recently, I have been re-ripping my iTunes collection into lossless audio files. This may sound like a needless and laborious process, and I suppose it is. But I can hear a difference between even a good AAC file and a lossless file, and while CD-quality audio may not be as amazing as some kind of non-compressed high-bit-rate magical Blu-ray music, the improvement is sufficient to have inspired me to begin listening to old favorite albums again with a more critical ear. It’s funny, because back when I used to listen to music on CD, I used crummy headphones and wasted the relatively higher audio fidelity; now I own some pretty solid headphones but have been constrained to AACs and MP3s. In a small way, it is a high point in more than two decades of loving music. So, hoorah. 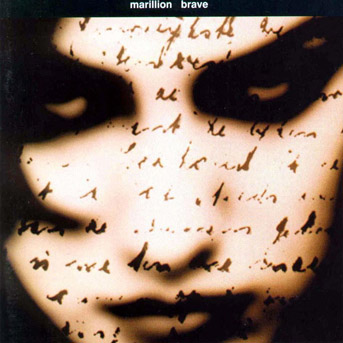 One album I’ve been drawn back to in particular is Marillion’s Brave from… 1993, I think? Brave was vaguely monumental for me. I don’t know if you’ve ever experienced this, but Brave was published shortly after I’d been introduced to the band responsible for it. Their existing catalog had struck me as fine and sometimes interesting, but nothing they’d produced really grabbed me. Then Brave arrived, and suddenly it clicked.

Brave was a watershed moment for Marillion, too. The band had been around for more than a decade by that point, though their original lead singer and lyricist had bailed about midway through after four dark, lyrically complex albums. The first two records produced with their new front man weren’t bad, but they lacked the depth and intricacy of the older music, and people were convinced Marillion had more or less abandoned its roots in a vain bid for pop chart success.

Brave proved them wrong. Nothing on this album was radio-friendly. It was a 70-minute story album (yes, the dreaded concept album) whose entire first half was a continuous segue a la Pink Floyd. It was sonically dense, with layers of audio wrapped around one another, and producer Dave Meegan guided the band’s sound to become more melodious and, well, richer. Gone were the strident production values of their ’80s albums, with harsh, high bass, hollow drums, strident synthesizers, and wailing guitar. The bass line was richer, the drum sound more relaxed, the keyboard work broader and encompassing more analog instruments, and guitarist Steve Rothery finally came into his own with a style reminiscent of Dave Gilmour at his best, yet unique nevertheless. Brave was pretty great.

The more somber sound of the album fit its subject matter: It was the tale of a teenage runaway, a girl desperate to escape from a broken home and unspecified abuse. The framing scene for the album concerns her stepping out onto the edge of a bridge to jump and the efforts of passersby to talk her down, and most of the songs are flashbacks of sorts that illuminate her fears and frustrations. This could have come off as incredibly cheesy, but it worked thanks to the quality of the music and the lyrics of songs like “Runaway”:

“So you cower in the town’s forgotten places
You make your bed with unfamiliar faces
At last you’ve got your freedom but that’s all you’ve got
You try to make your mind up if you’re better off
You pretend to wait for washing in some laundromat
But you’re damned if you’ll give them the satisfaction of you going back
And you’d freeze before you’d share a roof with them
And you’d starve before you let him get his hands on you again.”

The one real drawback to the album is that it was produced in the early ’90s, and while it managed not to sound like much else at the time — it lacked the brittle emptiness of the ’80s leftovers that still dominated the radio, but wasn’t as raw or angry as the Seattle scene — as a piece of music it suffers from a common mindset of that era: Hey, a CD can hold 70 minutes of music! Let’s fill the whole thing. Honestly, Brave would work a lot better if a few of the somewhat extraneous tracks on the second half were left off. “Hollow Men” and “Paper Lies” loosely fit the themes of the album, but they’re tangents and ultimately serve to make the album feel overlong. Ironically, the worst offender is the title track, which comes toward the very end of the album and is a contemplative, atmospheric piece that ties together the albums themes… but does it verrrry slowly.

The liner notes for this album include the instructions, “Play it loud with the lights off.” I did, and it turned me into a fan for life.

7 thoughts on “RockSpite: Brave by Marillion”