Ralph McQuarrie passed away today. That bums me out.

This year has seen the loss of entirely too many people who influenced my life in some way or another. Obviously McQuarrie didn’t have as much impact on my life as my grandmother did, but this is the guy who defined the visual style of the Star Wars films. I don’t think I can explain how obsessed I was with those movies as a wee tiny tot (and again in college), and much of it had to do with the look and presentation of the films’ worlds and technology. You could fill a binder with the awkward, misshapen drawings of the Millennium Falcon I created as a kid. 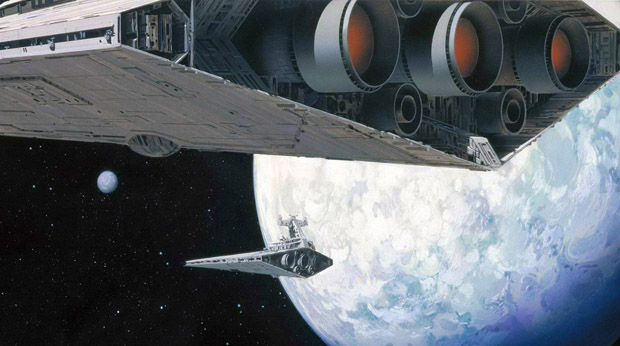 Of course, the films didn’t quite carry over the clean art deco style McQuarrie painted in — the trademark of Star Wars was its lived-in universe — but, you know, whatever. My brother had an Empire Strikes Back concept art book when we were kids, and I spent far more time poring through its pages than he did. It wasn’t until years later that I finally committed McQuarrie’s name to memory, but his work fascinated me long before that.

The man helped give form to one man’s goofy science fiction spaghetti western and filled three generations of little boys with the desire to mow down bad guys with a lightsaber (or be a roguish scoundrel with a Corellian blood stripe). I don’t know much about his personal life, but I hope it was a good one… and that he knew how many kids his work inspired over the years.

2 thoughts on “Another one lost”