Sometimes it takes me a while to get into a band. “A while” these days currently means about 20 years, the duration between my first real bloom of interest in music at the cusp of adolescence and now. Sometimes, it’s a gradual process of learning to appreciate a sound, as with Hawkwind. Sometimes, the verdict remains out, as with Van der Graaf Generator. Sometimes, though, it’s as simple as listening to the right album. 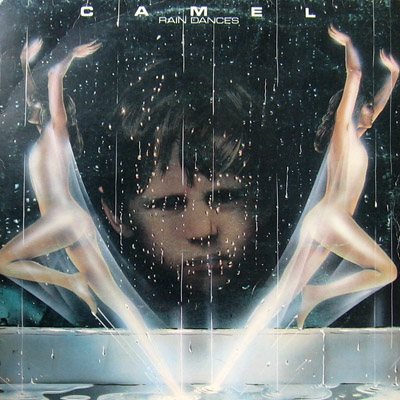 In the case of Camel, a band I finally realized I liked about two years ago, that album was Rain Dances. It’s weird, because there’s no single stand-out track on the album. In fact, a few of the pieces would be utterly grating on their own. But Rain Dances is a release from 1977, crafted in the heyday of AOR radio, and as such it works as a cohesive whole. The discipline of creating albums that exist as albums is largely a lost art these days, outside of acts who make a conscious effort to keep alive (or deconstruct) the olden days. One could argue that albums are an outmoded concept altogether in an era where music exists as 99-cent files and the world’s most popular listening device — the iPhone — isn’t even capable of randomizing music by album.

Sometimes, though, you just have to listen to a set of music in its entirety in the order in which it was published. Rain Dances is one of those. Despite belonging to a bacterial substrain of progressive rock, there’s no theme or narrative linking the tracks of this particular collection. No one is singing stories about (for instance) fascist empires of the future outlawing rock ‘n roll. More than half the tracks are strictly instrumental performances.

No, Rain Dances works because the sounds all fit together. The sonic personality of the album is nestled in a strange delta between the Canterbury festival scene, which gave birth to avant-garde space-jazz-rock acts like Gong and National Health, and mellow ’70s radio rock. An improbable combination to be sure, but one that the band manages to make work for them, at least for this album. The rest of their oeuvre isn’t always quite so cohesive, but here it works. From the laid back guitar and synthesizers of the opening instrumental “First Light” (embedded below) to the borderline-lugubrious “Tell Me” — and even to the light rock grooviness of blatant radio-bait tune “Highways of the Sun” — every second of Rain Dances flows tidily to the next to the point that you lose track of which pieces actually segue into one another and which segues your brain simply filled in for you because it seemed right.

I made the mistake long ago of trying to get a sample of Camel by picking up a two-disc best-of compilation, Echoes. But it didn’t do the trick for me, because it separated a lot of tracks that were meant to be part of a larger whole from their proper context and left them stranded in cold isolation. Sometimes, you just have to hear a work the way Nature intended. I wish I had realized that about two decades sooner.