OK, I’ll stop posting Star Wars photos after this. I don’t want to bore you all to death. Although this has provoked an interesting conversation on the forums, so it was probably worth it! Probably. 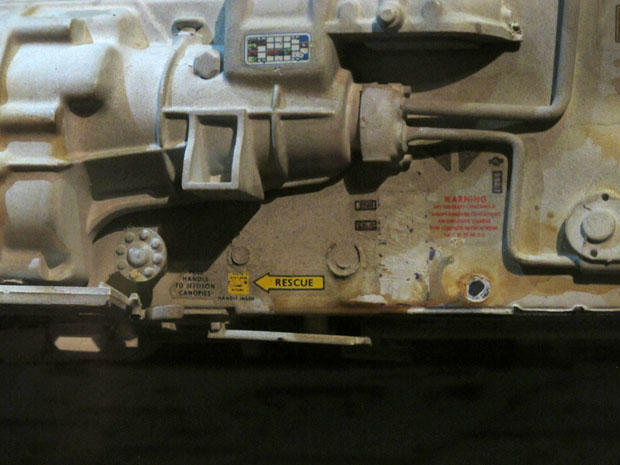 Another random interesting detail of the Falcon is that the designers covered it with random decals that look to have been taken directly from model kits. I really like this cluster of decals near the cockpit, particularly the one that says “PULL HANDLE TO JETTISON CANOPY.” Always a great idea on a spacecraft traveling at superluminal speeds. 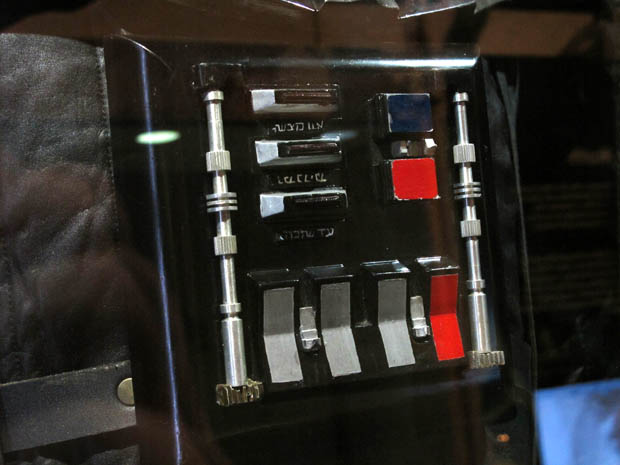 Darth Vader’s chest plate/mechanism appears to have Hebrew script printed on it. I’d like to think this is some sort of oblique (if not entirely apropos) reference to the legend of the golem, but it probably just says “In case of emergency break glass” or something similarly mundane. 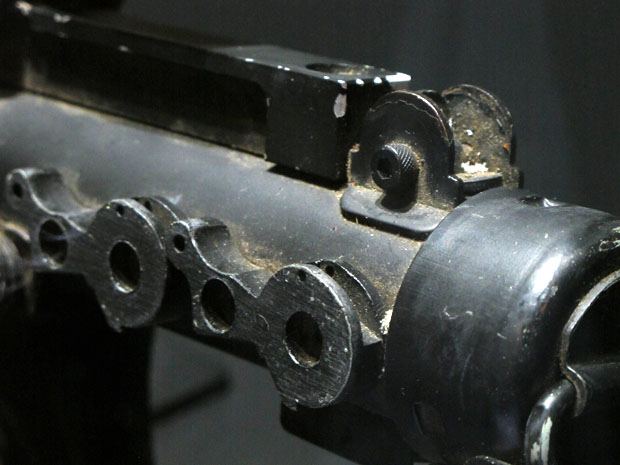 The Stormtrooper rifle on display was encrusted with filth, like a real weapon that’s seen a lot of rough action and hasn’t been properly cleaned and cared for. I don’t know if the dirt is a deliberate creative choice or simply an artifact of use and age, but at least now we know why those guys can’t hit the broad side of a barn: Shoddy weapons maintenance. “Only Imperial Stormtroopers are so precise,” my butt, Ben.