Tokyo retro game shop Super Potato in Akihabara has more and more cool, made-in-house drawings of old game characters and other nerdy references plastering the walls of its building’s hallways every year. This year, I was impressed by this one, which not only features the much-better-known-in-America-than-Japan Power Glove, but also an apparent reference to Penny Arcade Expo. 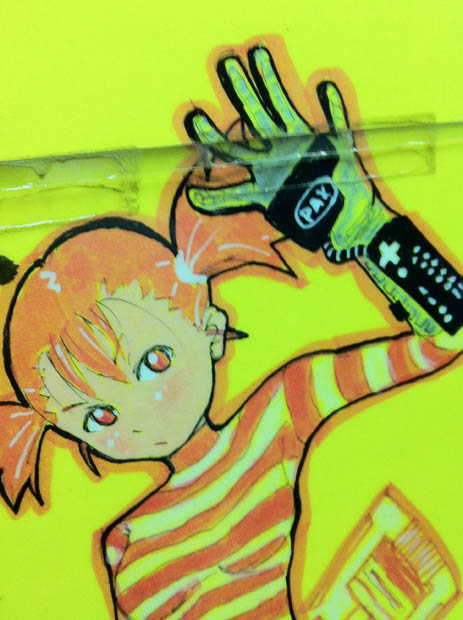 Either that, or the “PAX” is supposed to be an ironic message of peace on an instrument of destruction, like writing “Smile!” on all your bullets. But personally, I want to believe that Japan looks across the Pacific and envies PAX, a consumer-facing game event at which (unlike Tokyo Game Show) consumers actually get to play more than two or three games over the course of the event thanks to lines that aren’t three hours long.

There were nearly a quarter of a million attendees at this year’s TGS; if everyone attended for, say, a day and a half on average, that works out to something like 2.3 million man-hours spent waiting in line over the past weekend. And people think Japan is so efficient. Pah!