We saw Captain America last night, despite my never having had an interest in the comics on which it’s based, because we keep hearing how good the movie is. And, shock of shocks, it actually was. Good, I mean. Somehow they managed to take a comic book I find insipid, stuck it into a film genre I find dull (it’s basically a World War II movie with an elevated nerdservice quotient), and somehow wrung a thoroughly entertaining popcorn flick out of it. High art? Nah. But as far as blockbuster Hollywood fare goes, this was way up there at the pinnacle.

I’ve always found Captain America as a comic character forgettable for the same reason that Superman is: Namely, they’re cut from the same “champion of wholesome goodness” cloth that’s terribly hard for most writers to fashion anything interesting out of. The movie managed to make it work by playing it absolutely straight, turning Steve Rogers into an endearingly earnest man whose moral compass never wavers. They even managed to build an unusually convincing love story into the movie, mainly by keeping it generally pretty understated.

It’s nice, you know? I’m glad I watched it. Now something pleasant will come to mind when I think of Captain America, rather than… this: 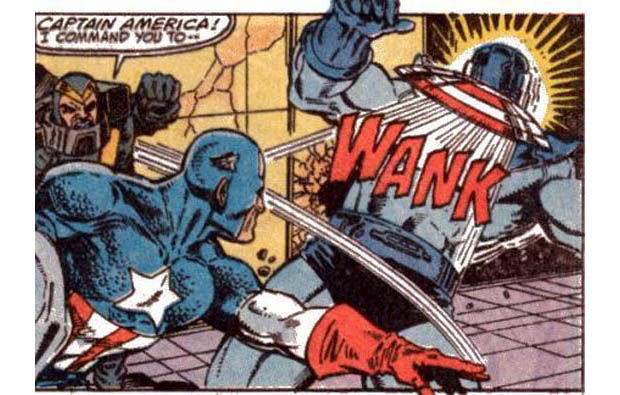