On the redemptive nature of Jesus H. Ripley 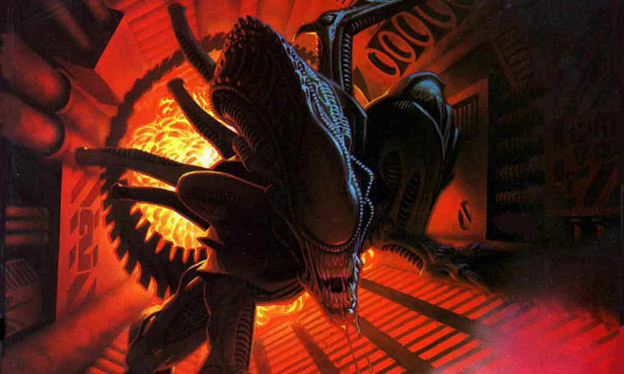 I made it about an hour into the 2003 “Assembly Cut” of Alien 3 last night during my evening exercise, and now I’m angry at you. I’m angry at you because you never told me that this reworking of the movie transforms it from something interesting but troubled into a genuinely good movie. I expect better from you, Internet!

I have a strange relationship with Alien 3, actually. It arrived in theaters right around the time that I started venturing out to see movies on my own (which is to say, shortly after my friends and I were old enough to drive), and right around the time I was allowed in to see R-rated movies on my own recognizance. So I saw Alien 3 with only a vague, general familiarity of the previous films — the basic concept of the xenomorph and whatever random edited-for-television clips I’d caught in passing — so I didn’t have a lot of expectations for it. So, I enjoyed the movie, although my friends and I had a good laugh about the obviousness of the part where Ripley puts her arms out and all but says, “Crucify me in an act of, like, way deep symbolism!” Later, though, I watched the other films in their entirety and came to realize what a slap in the face Alien 3 was to everyone involved in the first two movies. I don’t even really like Aliens all that much, but the survivors of that film surely deserved better than dying off-screen.

Of course, the new cut of Alien 3 doesn’t change the fact that the script basically flips the middle finger to anyone who loved Aliens, but so far what I’ve seen of the Assembly Cut has been a smarter film, one with much better pacing and a generally better-developed story. I guess it’s kind of like Chrono Cross, now: Offensive as a sequel to a classic, but a commendable work in its own right.

I can see why people still hate it, though. But that’s OK. In my heart, too, the real sequel to Aliens is Mark Verheiden’s two-volume graphic novel set (Aliens Book One and Two) published by Dark Horse back before Alien 3 came along. If you read them, be sure to track down the original printings (which don’t command any sort of premium), since they’re far more powerful and interesting when the main characters are properly called “Hicks” and “Newt” rather than whatever Fox mandated they be renamed in more recent printings.

Come to think of it, before I saw Alien 3, a friend’s original pamphlet-comic printings of Verheiden’s story were how I knew this franchise. They were the reason I was interested in the movie to begin with — they were moody and fascinating, depicting the xenomorphs having a sort of psychic presence in humanity’s collective conscious that, combined with the black-and-white art, felt oppressive and eerie. I wish the subsequent film sequels were half as interesting as what Verheiden had concocted for a comic series that was negated by the first 30 seconds of Alien 3‘s script.

Oh well. At least Alien 3 for Super NES was great.

12 thoughts on “On the redemptive nature of Jesus H. Ripley”