The thrall of Reach 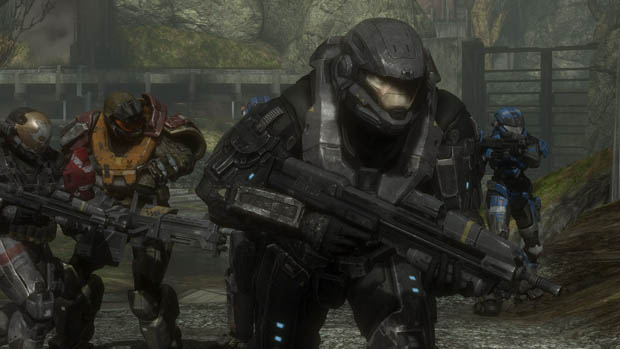 I finished up Halo: Reach over the weekend. It was a pretty good game! I didn’t like it nearly as much as ODST, though, which is sort of funny given that ODST was the random side project and Reach was the grand farewell to the series. But I also like Super Mario Bros. 2 (USA) more than Super Mario Bros. 3, so maybe I’m just damaged goods or something.

Reach had some really great moments, but I have a sneaking suspicion that the ones which stuck with me weren’t the ones Bungie intended to stand out. The big sweeping moments of fighting side-by-side with your Spartan pals generally pulled me out of the game; so much action tended to be going on, and so much of it was handled by the A.I. before I could even get my bearings, that it felt like I was just gliding along as the game played itself. It was the quieter moments that I found more intense: The sneaking mission early in the game where I crept about with a precision weapon and active cloaking camouflage, trying to take down as many foes as possible without being seen. The eerie streets of New Alexandria, littered with the bodies of civilians in the wake of the Brutes’ ruthless urban extermination. Those were the moments that grabbed my guts and squeezed.

Oh, and the epilogue, of course.

Now that I’m through with Reach, it’s time to clean off my plate of all the half-finished games I’ve in progress. I’ve decided to start by digging back into Etrian Odyssey II. I currently have a level 55 party and no clue what my next objective was. Promising!

16 thoughts on “The thrall of Reach”