Am I a shallow person when it comes to games? I have a hard time getting into a lot of games simply because of their aesthetics. I don’t mean their graphics, per se, but their overall look. The design style. There are entire genres I find unbearably dull, not just in games but in film and literature as well: Westerns; sports; zombies, vampires, and other generic horror; medieval settings; Colonial America; and plenty of others. I see works cast in these settings and my brain instantly flips to “disinterested.” Red Dead Redemption is supposed to be really great, but it’s set in the Old West — and just about the time I’d psyched myself into giving it a try, they introduced the zombie DLC package, which was like having my sense of interest tag-teamed. 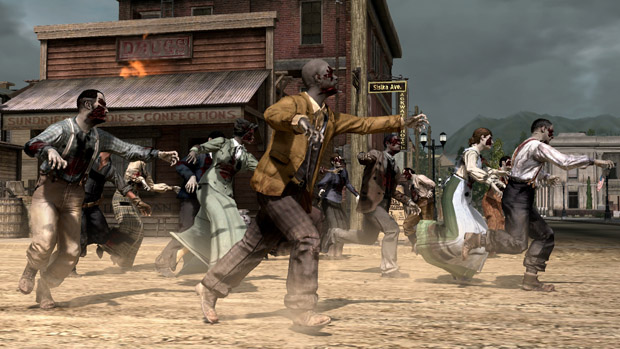 Well, that about wraps it up for human creativity.

Not to say that good things can’t come from these genres. Dead Rising should strike me as stupid and boring, but by virtue of its unique structure and quirky play mechanics, it manages to set itself apart from stacks of me-too horror titles. Medieval fantasy is pretty dull, but Assassin’s Creed managed to catch my interest by switching the setting from medieval Europe to the medieval Middle East and Renaissance Europe. And I might even give Cowboys Vs. Aliens a shot if for no other reason than to see James Bond team up with Indiana Jones.

Anyway, I realize this is all kind of superficial reasoning, but I guess I’m just easily bored. Does anyone else out there have certain genres that just make their eyes glaze over? Please say yes. I need to feel a little better about myself.

37 thoughts on “The aesthete”