Well, I’ve just finished watching The Muppet Movie for the first time in… man, I bet it’s been 25 years. Some of you aren’t even that old! 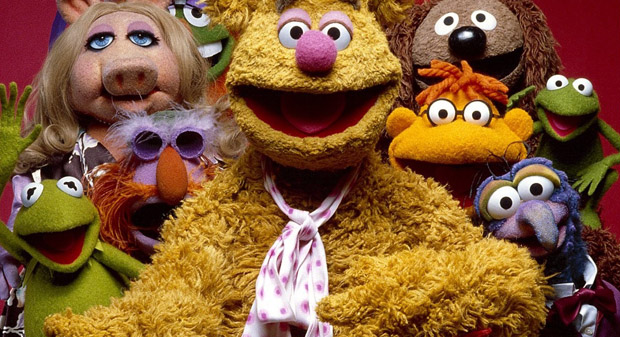 I thoroughly enjoyed the film, but it also made me a little melancholy. I think that was the intent, actually. It’s a funny movie with lots of great lines (“I’ve seen detergents that left a better film! Ah hah ha hah!”), ridiculous running gags, and enough Chekhov’s guns to give a ’90s Rob Liefeld character lower back pain from hefting them all at once.

At the same time, it’s also a very wistful movie, and that makes me doubly melancholy. Not only from the on-screen musings, but also from the knowledge that a movie like this could never sneak through the Hollywood machine these days. Hollywood doesn’t do sincere anymore; it does big, it does explosive, it does obnoxious. Genuine sentiment, however, can only sneak through when it’s veiled behind a repulsive veil of irony.

I mean, look at The Muppet Movie. It’s a film that begins with a long, slow aerial zoom into a swamp, where a frog plays the banjo as he sings an existential ballad about rainbows. Midway through the movie, the crew stops in the desert and a buzzard-like plumber who loves a semi-sentient chicken serenades the midnight sky. This is a movie about the heartfelt hopes and aspirations of puppet animals, for crying out loud. And it’s beautiful, and it’s funny, and occasionally it’s bittersweet.

I secretly hope the new Muppet film can slip past the film industry’s mandate of cynicism and gloss. It seems unlikely given the quality (i.e. lack thereof) of the past few Muppet projects to see the light of day (although the random viral videos they’ve been sneaking onto the Internet are unexpectedly good), and nothing Muppets could ever be as great as it was before Jim Henson died. But Jason Segel actually gives the impression of being an earnest guy with a genuine love for the ridiculous and for the Muppets, and his Dracula puppet musical absolutely justified the cost of admission to the otherwise rote “rom com” Forgetting Sarah Marshall. (That, and the vignette of Segel passing his days of unemployment by pretending to be Gandalf.) Maybe there’s hope! But just in case the sincere heart of Hollywood has truly withered away to a shriveled black lump of bitterness, I encourage everyone to stream or rent or buy the original Muppet Movie. It’s 90 minutes that couldn’t possibly be spent better.

20 thoughts on “Someday we’ll find it”