Would be just as sweet?

So, you know, my fiancée’s name is Catherine. That’s Catherine with a C, the proper old-fashioned spelling, as in Catherine the Great. Not Katherine with one of those new-fangled Ks. Sometimes, my work intersects with life in weird ways. Catherine is one of them. To my knowledge, there are two Catherines of note in gaming.

The first: “Catherine” is the Japanese name of Birdo, Mario’s gender-confused egg-spitting dinosaur enemy. Not the most flattering association; why couldn’t Boo have been named Catherine in Japan and lent its Japanese name, Teresa, to Birdo instead? Boos are amusing and iconic. Birdo’s just dopey-looking. No offense to any Teresas out there, but I feel like it would have been a more fitting connection between characters and names than what we got.

The second, of course, is Atlus’ upcoming Catherine, the game about a faithless schmuck named Vincent who (I gather) cheats on his girlfriend Katherine with a woman named Catherine. The latter turns out to be the sex equivalent of the videotape from The Ring and will cause Vincent to die in seven days unless he… escapes from dream goats, by pushing boxes. Or something. 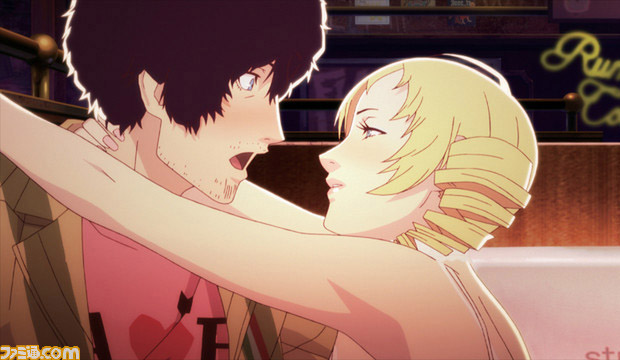 Anyway, it’s steamy. The night Catherine (the game) was first announced, I said to Catherine (the woman), “Oh, hey, they named a video game after you.” I pushed my laptop over to her and we clicked the article link to read about the game.

Then the screens loaded and I realized I reaaaaally should have vetted the link first.The end.

16 thoughts on “Would be just as sweet?”