Not surprisingly, my brash assertion that I’d be playing an hour of video games every day this year hasn’t quite panned out as intended. I fell off the wagon over the weekend, since the lady and I were checking out some local gyms and undermining the correlated weight-loss goals by having dinner with a friend. And while I’ve managed to catch up, time-wise, the whole “play a single game to its completion” ambition is well off the rails.

Blame work for that one, though. It’s the second week of the year and I’m already up to my ears in reviews. I muddled through Prinny 2: I’m Not Writing Out the Damn Subtitle. It was a real disappointment. The first game had promise, but Nippon Ichi somehow managed to completely disregard the opportunity to realize said promise via sequel improvements, actually amplifying the flaws of the original game with its follow-up. And, god, that plot and script and voice acting: just awful. 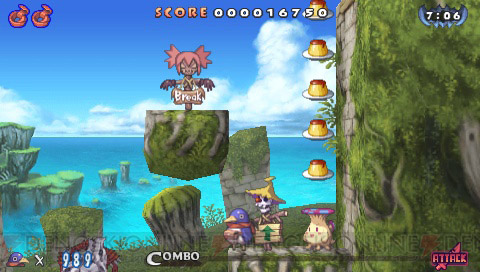 In my dreams, I am forcing the Prinny dev team to play through Donkey Kong Country Returns to see how one goes about making a good, fair, polished, creative, yet altogether challenging platformer. They’re nice dreams.

Next on the slate are Mass Effect 2 on PS3, Radiant Historia, and the English-language copy of Tactics Ogre that showed up on my desk this morning.

I also have been writing some articles, like a piece about how good Super Mario All-Stars could have been. That should make for some amusing conversations next week when I’m at the 3DS press event!

In my free time, I have been browsing the reader comments one articles like these and staring at them in mixed amusement and bemusement.