Yesterday I finally wrapped up my trip back through the entirety of Arrested Development. It’s actually much, much better the second time around, and I hope that someday I can write something half as clever as the average episode of the show. Anyway, with that completed, the next series in my queue was Max Headroom, which I’ve been waiting to see hit DVD for more than a decade now. I eagerly started up the first episode, and… promptly nearly fell of my elliptical machine when one of the first people to show up on the screen was none other than a younger version of George Bluth. Or maybe it was Oliver?

Whatever. The point is, I had no idea Jeffrey Tambor was in Max Headroom. So that was an unexpected connection.

An even more unexpected connection is that Max Headroom is pretty much the basis for Battle Angel Alita. Sure, Alita draws from lots of important cyberpunk works — Blade Runner, Gibson’s Sprawl trilogy, etc. — and sci-fi in general, but I’m seriously struck by just how much of Max Headroom is evident in the manga. I almost fell over again when the second episode started playing and turned out to be the template for the manga’s Motorball arc. The bloodsport in the TV series is called Raking, and it’s a lot less violent and intense than Motorball, but the connection is absolutely there. 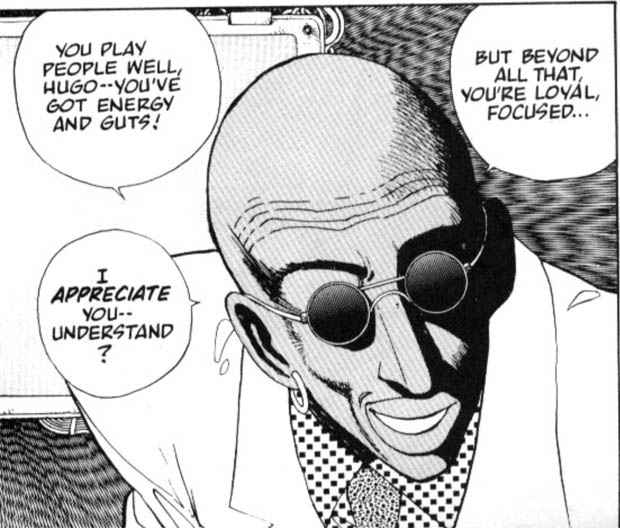 A brutal older man with a thick build, an Old Snake mustache, a receding hairline, and futuristic shades! 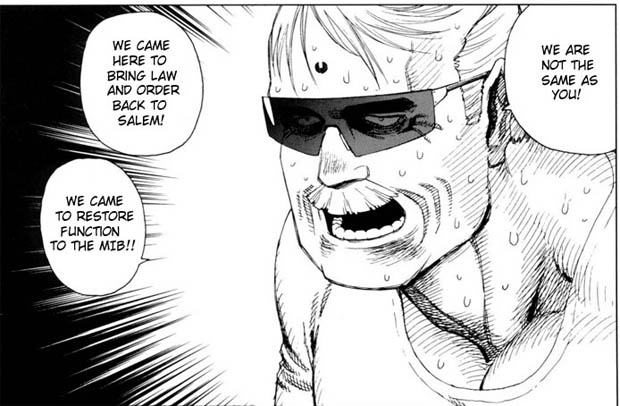 And now I’m part way through the third episode, which appears to be about people being abducted so their body parts can be hacked off and sold for cash. So, seriously, Yukito Kushiro really loved him some Max Headroom. That’s cool, I did too. Even if I was entirely too young in 1985 to really get how sophisticated and ahead of its time the show was. It definitely explains why I fell immediately for Alita, lo those many years ago: It tapped right into my primal memory of Max Headroom.

17 thoughts on “My latest stalking victim”