So you think Metroid Other M is sexist for the way it reduces the formerly stoic and above all self-reliant Samus Aran to being the petulant, feeble, girl-child subordinate to a squad of manly men? Well, good news, everyone! Duke Nukem Forever actually exists, it’s playable, and it’s a potent reminder to all us emotionally fragile Metroid fans of just what it really means to be sexist. 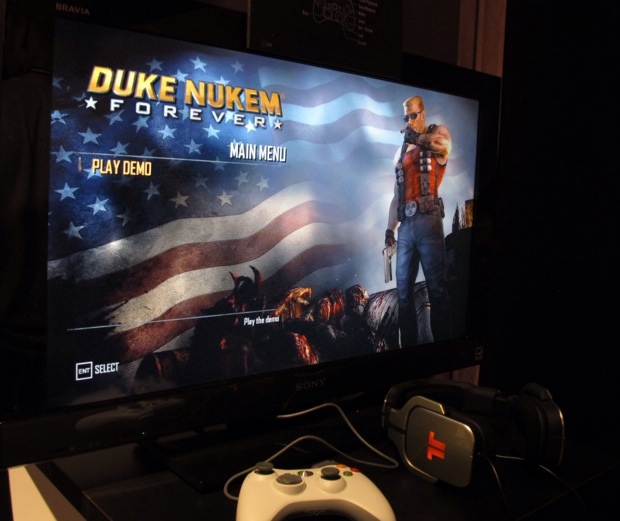 Shortly after playing this demo, my friend the yeti and I killed and ate a tsuchinoko.
This game is really weird for me, because I feel like I should be offended by its crassness, but I just can’t get worked up about it. That’s not to say I thought the strippers and oral sex and the kicking of a field goal with the bad guy’s brain were awesome, but somehow DNF failed to activate my moral outrage center. Maybe I was just numb from the shock of seeing the stupid thing in action after all these years.

Also, I just noticed that you can’t spell “sexist” without “e-x-i-s-t.” This means something. This is important. (STAGE DIRECTIONS: Parish wanders off to boil up a massive pile of mashed potatoes)