The value argument: A reprise

The offhand remark I made the other day about my dislike of reviews that critique games based on their price attracted a lot more discussion than I expected. Some of it very angry! Which is kind of why I don’t like to talk about price; money is a very personal matter, and it upsets people. But I do think there’s a lot of misunderstanding about where I’m coming from on this, and some people are mistaking a passing aside as an imperious decree. So let’s sort this out.

First of all, as I stated yesterday in a totally unrelated context, there are no absolutes — sometimes I do comment on a game’s comparative value when the price/content ratio is notably out of alignment. Something like the The Orange Box is such a huge amount of content and variety for the same price as any other game on the market that it merits mention. And certain special editions or packages of a game, distinguished by both their added content and inflated price point, should be evaluated in terms of their relative value, or lack thereof. I’ve also consciously used price/value considerations in 1UP’s iPhone blog to help encourage people to pay money for good apps and fight the constant lowering of the price/quality bar for that particular platform, and because I strongly believe in supporting good designers with cash. But beyond that, I find complaints about pricing in reviews to be tacky, presumptuous, unhelpful, and ultimately futile. 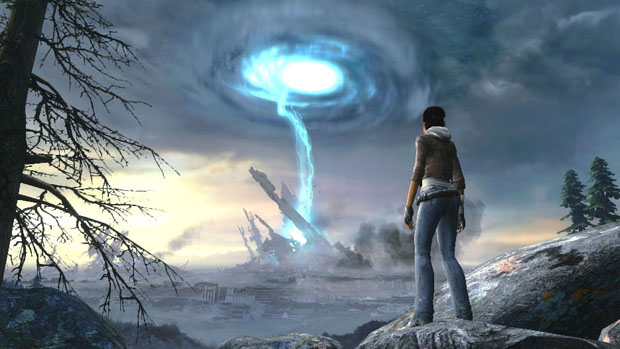 Like I said, money is personal. It’s an uncomfortable subject for me, as it is for a lot of people — I hate talking about it, to the point that I have a couple of former roommates who still owe me considerable money for back rent that I will never collect on, because it would feel so petty to bring it up. But more than that, at least with regard to game reviews, I can’t presume to know how different readers approach money. Like religion and politics and other hot-button topics, economics are a good way to sour any conversation.

Everyone approaches a review from a different perspective, and that absolutely holds true for their finances. I know there are people reading my work who don’t blink at the prospect of dropping $500 a month on games they’ll never play, because they fancy themselves collectors. I also know that there are people reading this site who can barely afford to keep themselves housed and fed, for whom buying a single videogame is a momentous financial decision. I’ve been at both ends of the spectrum myself (tending more toward the latter for the past year or two, though hopefully that won’t always be the case), and I don’t think it’s at all possible to address or reconcile such dramatically different perspectives. A hardcore, financially comfortable collector won’t blink at the $120 price tag attached to the CE of a big game, whereas someone who has to make hard decisions about where their next meal is coming from may well pass up something like Dragon Quest IX because it retails for $35 instead of $30. It seems to me the height of arrogance to presume I can tell you what a videogame is worth in your budget. Only you know that for certain.

Besides that, different people have different priorities — not just financially, but also in terms of what they want from a game. A game that can be completely finished in a single sitting might not seem worth $50 to most gamers, but a handful of shooter fans were eager to plunk down that much cash for Deathsmiles LE. Sure, they can finish the game in an hour, but for them, that’s not the point. Replaying the game, refining their skills, and perfecting their scores is what they want, and it’ll keep them occupied for months. Personally, I was put off by Deathsmiles’ price and the frustrating lack of a more affordable, non-LE edition. I’m not a shooter maniac and couldn’t justify spending $50 on the game, especially when so much of the cost is clearly wrapped up in “bonus” physical goods I have zero use for. But I would never have reviewed it on those terms, because that’s so wholly subjective, and telling people a game like that isn’t worth the cash is a good way to make the people who bought it write you off as an idiot who has no business voicing your opinion. And I get enough of that as it is, thanks.

Alternately, look at something like Modern Warfare 2. Even if I had any interest in the series, I couldn’t really justify paying full price for the game, because I’d only be using it for the six-hour single-player experience and would probably never want to play it again. Someone who’s going to sink hundreds of hours into the multiplayer, on the other hand, is getting a pretty good deal for their investment (even if they pay for all those rapaciously priced map packs). Meanwhile, I’m willing to pay full price for a Halo game, even though I don’t do much multiplayer there, either, because I like the design of the single-player mode enough that I’ll ultimately play through the series’ campaign several times over the years, coming back to revisit it from time to time. So in that sense, a Halo game is worth more to me than a Call of Duty game, but it would be asinine and hopelessly solipsistic to review them as such. 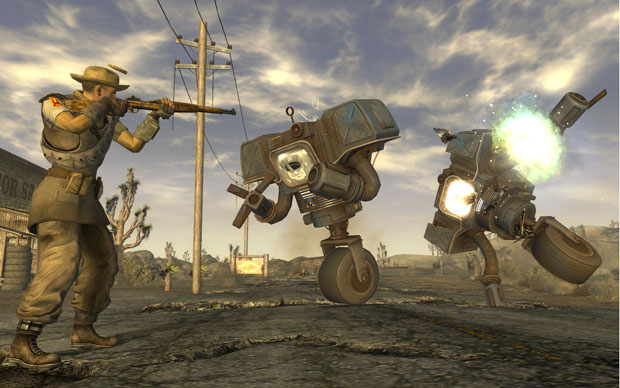 Money is tight for my household these days, and Cat and I don’t have much to spend on entertainment. I pick and choose my purchases very carefully. I make value decisions constantly, and there are a ton of interesting-looking games due in the next few months that I won’t be picking up until they hit discount pricing. If I really want a game, though, I’ll figure out a way to budget for it. I know some people balk at the $5 RPG tax on Dragon Quest IX, but I would happily have paid far more than $35 for it. On the other hand, I still haven’t gotten around to playing Fallout 3, so I can’t really justify dropping $60 on New Vegas. Both DQIX and New Vegas are content-rich, open-ended RPGs. Some people would happily pay more for DQIX because of its social elements, or its portability, or its legacy; others would balk at seeing it priced on par with New Vegas, because of its lower graphical fidelity, or its lack of Achievements, or its… uh, legacy, I guess.

Obviously, it would be stupid for me to insert those subjective, personal value judgments into reviews. Start throwing around numbers and you’re going to alienate one audience or another. I have no business telling you that Castlevania is worth $10 but not $15, because I have no idea what $5 of Castlevania is worth to you. So, I guess what I’m saying is that I believe everyone has to make their own value judgments when it comes to buying games. It’s neither my job nor my place to say, “This game is barely worth $60, but this one totally is!” If I’m doing my job right, you should be able to come to that conclusion on your own based on the review text without the need to have it stated explicitly. I don’t know what your finances are like, or what you want from your games, but you do. My role is simply to help you make that decision on your own.

32 thoughts on “The value argument: A reprise”