Last weekend, I had dinner with my fiancée’s mother. She spent a good part of that meal talking about how harrowing it had been living in war-torn Vietnam through four decades of conflict before finally emigrating to America in the ’70s. She talked about being forced to seek bomb shelters daily during the Japanese bombings of World War II, about her uncle who didn’t make it to a shelter on time and was literally eviscerated by shrapnel from a Japanese bomb. She told me that before her uncle’s younger brother could bring his body home, he had to gather the dead man’s scattered organs and shove them indelicately back into his abdomen. She explained how terrifying the Tết Offensive was, since America’s war in Vietnam was largely restricted to the countryside; no one had expected the conflict to come to the cities, least of all on a holiday for which a cease fire had been declared.

A day later, I found myself sitting in a press conference in Los Angeles, watching a couple of guys demo a videogame on a wall-sized screen. Their avatars hijacked a Russian helicopter, guns blazing, then took off from a jungle clearing before peppering villages of Vietnamese shanty huts with turret fire and missiles.

With the previous day’s conversation fresh in my mind, it made for an uncomfortable juxtaposition — one that that no one else in the theatre experienced, of course, but no less unsettling for its specificity. What are videogames if not an experiential medium whose greatest strength is the way they adapt to everyone’s individual approaches and yield so many different results?

Honestly, I don’t even remember which game was being demoed — Medal of Honor? Black Ops? All the shooters I saw at this week’s conferences kind of blurred together for me in a stream of non-stop explosions and guns and “ripped from the headlines” power fantasies… and my rigid E3 schedule and general lack of sleep certainly didn’t help. I think it was the former, but I suppose that doesn’t matter so much as what I do remember… namely, the sensation that the games industry has forgotten how to communicate by any means other than screaming at the top of its lungs about the awesomeness of lovingly rendered gore. 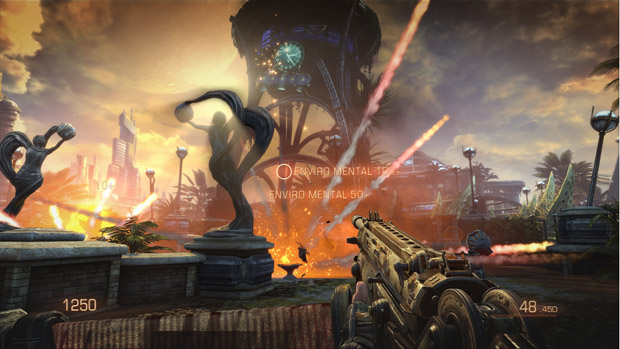 I get that violence is a part of videogames; it always has been. Arguably the first videogame ever was Computer Space, which consisted of using detailed physics models to blow up someone else’s spaceship. Most of the games I enjoy are fairly violent as well, or at least use conflict as their primary mechanic. After thinking about it for most of the past week, I’ve come to the conclusion that what upsets me about most of this year’s E3 press conferences is that most of them opened up by focusing on games that cross a line. It’s an invisible, but it’s one that — for me, at least — is very real. It’s a line built of motivation, of intent, of tone. The near side of the line is a place where violence exists as a means to an end; on the far side, violence is the end in and of itself, and the goal is to explore it with sociopathic abandon.

This is, of course, the point at which everyone comes out of the woodwork to tell me I’m a puritanical idiot who doesn’t understand the concept of escapism, which is to be expected. But my gaming tastes have always been defined to some degree by that invisible line. I couldn’t stomach Blood Omen: Legacy of Kain when I realized that the game forces you to survive by killing innocent people who have been chained up in dungeons; I couldn’t find any joy in the premise of Wild 9, whose advertising tagline gushed about how thrilling it is to torture enemies. That same part of me watched Cliff Bleszinki present Bulletstorm with increasing unease as he showed off the game’s focus on brutally slaughtering random bad guys in increasingly violent ways to the accompaniment of sub-comic-book tough-guy dialog. Shortly before that, the part of me that plays through every Metal Gear Solid game with the MK-22 tranquilizer gun as my primary weapon and could only watch the Rising trailer with horror as Raiden visibly cut human enemies into graphically rendered meat slices.

(Incidentally, the first thing I asked in our Rising roundtable interview is whether or not it’s actually possible to take a non-lethal approach to the game. Supposedly, you can; disarming human enemies — and not literally dis-arming them, I mean by destroying their weapons — is a valid tactic, while the game will provide lots of robot foes in order to give you things to cut more directly without feeling bad about it. So that’s something, I guess.) 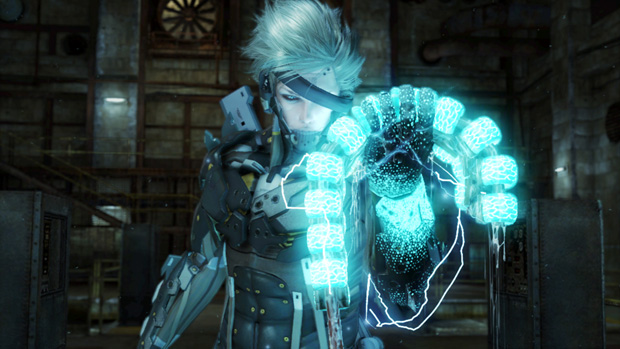 I really enjoyed Sam Keith’s The Maxx in high school, and a sequence in the comic’s sixth issue has stuck with me over the years. The protagonist is ambushed by an assassin named Mako, who sets about pummeling Maxx as the scene cuts back and forth to a conversation about violence in the media; meanwhile, the comic’s villain (of sorts), Mr. Gone, narrates the Maxx/Mako battle, editorializing on the manipulative nature of how violence is presented: “An’ here’s where th’ hero is trapped! The evil villain is unstoppable! Look how strong he is! How powerful! ‘Fight back!’ we scream. ‘Don’t just take it! Fight back!'” And of course, the villain wails on the hero until a turning point is reached and the hero is finally able cut loose in retaliation — but his own use of violence is of course fully justified by all that’s been inflicted on him, so we can feel good about him resorting to the same means as the bad guy, because the bad guy deserves it.

Terry Pratchett touched on the same topic in The Fifth Elephant as surly-but-good guy Sam Vimes barely survives a werewolf’s game of cat-and-mouse (er, dog-and-mouse?) and is eventually forced to kill the villain out of desperate self-protection. At that moment, Vimes rejects the urge to make an action hero quip as he strikes the fatal blow, aware that the moment he takes pleasure in the act he’s reduced himself to a monster, same as the villain.

For me, those are two defining statements on the role and nature of violence in the media, and they’re all the more effective for the way in which they’re delivered in the context of media. I don’t know that anyone’s ever done the same thing with gaming, though — BioShock‘s golf club sequence is the closest thing that comes to mind, or maybe The Sorrow in Metal Gear Solid 3, which is a shame given how thoroughly violence is woven into the fabric of gaming. You’d think someone would have stepped back and said, “Wait, here’s another way.” Unfortunately, it’s clear from E3 that games are still very much in their creative adolescence, and that no one’s really questioning why violence is so intrinsic to the medium — for the moment, the only question anyone seems to be asking is, “How much more over-the-top can we make the killing aspect of our game?”

I don’t question that there was a lot of creativity on display in this year’s E3 demos! But so much of it was centered around interesting new ways to pierce, dismember, and brutalize the bodies of enemies, and that bothers me. It’s one thing for a game like, to take an example from my current playlist, Persona 3 Portable to send you into a dungeon every midnight to slay demonic shadows that threaten to consume the world of the living, and quite another thing altogether to earn bonus point for chasing down a mutant who’s running from you in terror and killing it by emptying a machine gun into its anus. (Achievement unlocked: “Fire in the Hole.”) One of these places the player in the role of protector, the other in the role of psychopath. Personally, it’s not a jump I’m comfortable making.

I realize it’s pointless for me to write about this, though. People already have opinions, and they’re not about to sway one way or another because of a blog post. People who agree will say, “Right on!” while those who don’t will tell me to chill out, lighten up, grow a brain/spine/sense of humor, etc., etc. It’s a shame, because I’d like to see a rational dialog on this subject, but the change can ultimately only come from within the medium… and as long as there’s money to be made from pushing boundaries, those boundaries will continue to be pushed. And hey, fair enough; there’s range for all manner of expression in the medium. My concern is that, at the moment, this freedom expression seems to be weighted disproportionately toward a particularly vicious end of the spectrum.

Here’s hoping for a little balance sooner than later. In the meantime, I guess I’ll just dwell here on the boring, puritanical side of the line and watch the happenings on the other side with dismay.

69 thoughts on “Over the line”