I lived through E3, and I’ve escaped, and you can’t make me go back. At least, not until next year.

It was a strange show. My first impression was that it was horrible, thanks to a few awful press conferences. Then the show proper opened and I had the impression that it was like a classic E3, all color and light and interesting games to look at. That turned out to be an illusion, unfortunately; it just happens that I was assigned to cover things at Nintendo, Microsoft, Konami, and Square, which comprised about half of the really worthwhile booths at the show floor. Once I had time to take a proper look around I quickly realized that the big, impressive corporate displays were pools of excellence within a desert of mediocrity. 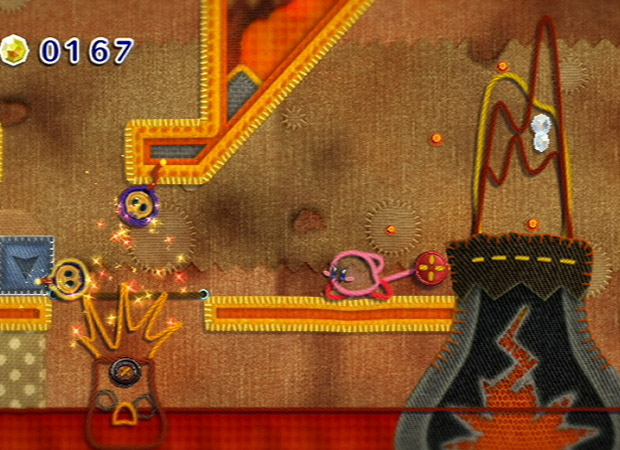 But still, hey, excellence. Sure, Nintendo subsisted almost entirely on shoveling up familiar brands, but they did a lot of new with those franchises. There’s a rather angry thread in Talking Time this week about how stupid it is that Kirby: Epic Yarn is a Kirby game since it drops so many familiar mechanics of the Kirby series… which is kind of missing the point. Canvas Curse wasn’t exactly classic Kirby, either, but it used the malleability of the Kirby character — both physical and conceptual — to do something amazing. More to the point, who cares? This show was brimming with rehashed, retread content, and Epic Yarn was a breath of fresh air. It’s basically Nintendo creating an indie game… which is admittedly a contradiction in terms, but what I mean is that like so many small indie projects, Epic Yarn seems to take a single idea and explore it to the absolute fullest extent possible, presenting brilliant twists on top and eschewing the extraneous. The difference between Kirby and an indie game, of course, is one of resources, and this is a gorgeous game with amazingly fluid and solid animation. It honestly looks like a crafts project come to life. Amazing. 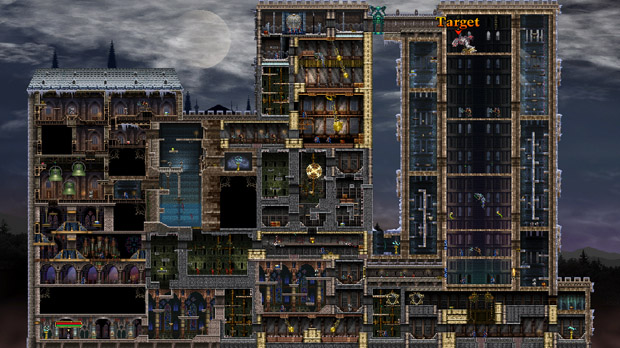 Konami has its own indie-like project, too: Castlevania: Harmony of Despair, which is exactly the recycled multiplayer DS Castlevania game rumors suggested it would be. Much as it seemed like a terrible idea, playing it made me realize that it’s actually a lot of fun. Like I said in my preview, IGA’s crew needs to come up with some cool gameplay hooks to justify the brazen recycling… but it has potential, which is something I wouldn’t have expected before trying it. (The company’s other indie-esque project was Hudson’s Lost in Shadow, which looks achingly similar in atmosphere and spirit to Ico — I wanted to try it, but the kiosks were always occupied. And always by Japanese press, curiously enough.)

At the other end of the indie spectrum is Halo: Reach. I know Halo tends to be love-it-or-hate-it around here, but speaking as a fan this really does seem to be more or less the definitive take on the game. What I’ve seen maintains the polish of Halo 3/ODST but restores the scope of environments and sense of devious enemy AI that made Combat Evolved so amazing in its day.

And finally, I didn’t get to play Parasite Eve: The 3rd Birthday, but I saw it in action and it looks really interesting — Square Enix creating a Peace Walker style shooter. Granted, Square doesn’t exactly have the best track record when it comes to action games (cough, Dirge of Cerberus), but 3rd Birthday looks miles beyond their previous efforts. Any game that evokes visions of both Metal Gear and Omikron can’t be all bad, right?

And honestly, those were the bulk of the interesting games I saw this year. Which isn’t to say there weren’t more! They problem is that they either had prodigious lines or were strictly being shown behind closed doors (which was also the case for 3rd Birthday and Reach, actually), and I didn’t feel like bugging PR people for a line-jump. It’s kind of weird that E3 has become so secretive about big games — a closed-door event in which the biggest titles are hidden behind other closed doors.

I guess it wouldn’t do for just anyone to get a glimpse of how the big publishers are sinking tens of millions of dollars into shuffling around the same familiar genre mechanics into slightly new configurations.