For the first time in… well, since I was in college, which I suppose the kind of time one generally measures in terms of glaciation and continental drift, isn’t it? Huh. That’s depressing.

Anyway, for the first time since that faraway era, I’ve been seeking out new music in an active way of late. Sometime around my junior year of college I bought some albums by The Orb and Eat Static, and I guess I decided that, well, my music collection is up at a few hundred CDs now, and that’s more music than I can listen to in half a year, so I’m done now. Since then, I’ve picked up plenty of CDs and downloaded more than my share of music files — legitimately, whenever possible! — but it’s all been drawn from the same pool of specific progressive rock bands, game audio, and pleasantly sterile ’80s post-punk. 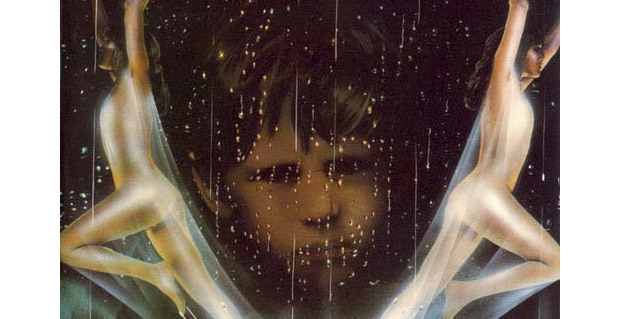 For some reason, though, I find myself compelled to hunt down new work lately. And by “new” I actually mean “old,” since my brain’s tuning knob seems to have settled on the so-called UK Canterbury scene of the ’70s as my unexpected new fixation. It’s strange, because I gave a few of the relevant bands a try back in college and found them distinctly lacking. But a few months back I downloaded Camel’s Rain Dances on a whim (despite previously having found Camel to be suffocatingly dull) and couldn’t stop listening to it. And now I’m slowly fleshing out my collection of Canterbury-affiliated albums, the vast majority of which are unified by the way their sounds shares a common airy warmth.

This morning I listened to National Health’s eponymous debut album for the first time ever, and it made me kind of sad that I’ve lived so many years without ever having even heard of this band (outside of some passing mention on a Genesis retrospective, once). In between bouts of shaking my fist regretfully at the sky, though, I realized that my taste in music actually shares a lot in common with my taste in games. I tend to gravitate toward things with a sense of scope, a feeling of freedom, and a tendency to explore. Of course, games are an active medium where music isn’t, so exploration in those cases is all on the musicians. But the rambling 15-minute “Tenemos Roads” flips the same switch deep in my brain that is struck by Symphony of the Night; it’s meandering yet structured, sweeping but not bombastic.

Come to that, I think my interest in ’70s-vintage music stems from the same place as my appreciation of classic games: Not just that this is what I grew up with or whatever, but because there’s a certain authenticity about both. The sound of an unprocessed drum and a Hammond organ dates from an era before the music industry was thoroughly corporatized and composition took a back seat to production and digital tinkering, just as a 16-bit game predates massive teams and middleware solutions and render farms.

In other words, I’m pretty much just a Luddite when it comes to all my entertainment. Ah well. Not that you care about any of this, of course. It was just a random revelation.