I decided to bootstrap Kit-Kat Densetsu tonight with a two-fer. To clarify, though, I did not eat these two bars consecutively, because the flavors don’t really seem compatible, you know? But they do make an interesting contrast, given that they’re ultimately just differently flavored variants on the same kind of mass-manufactured candy. 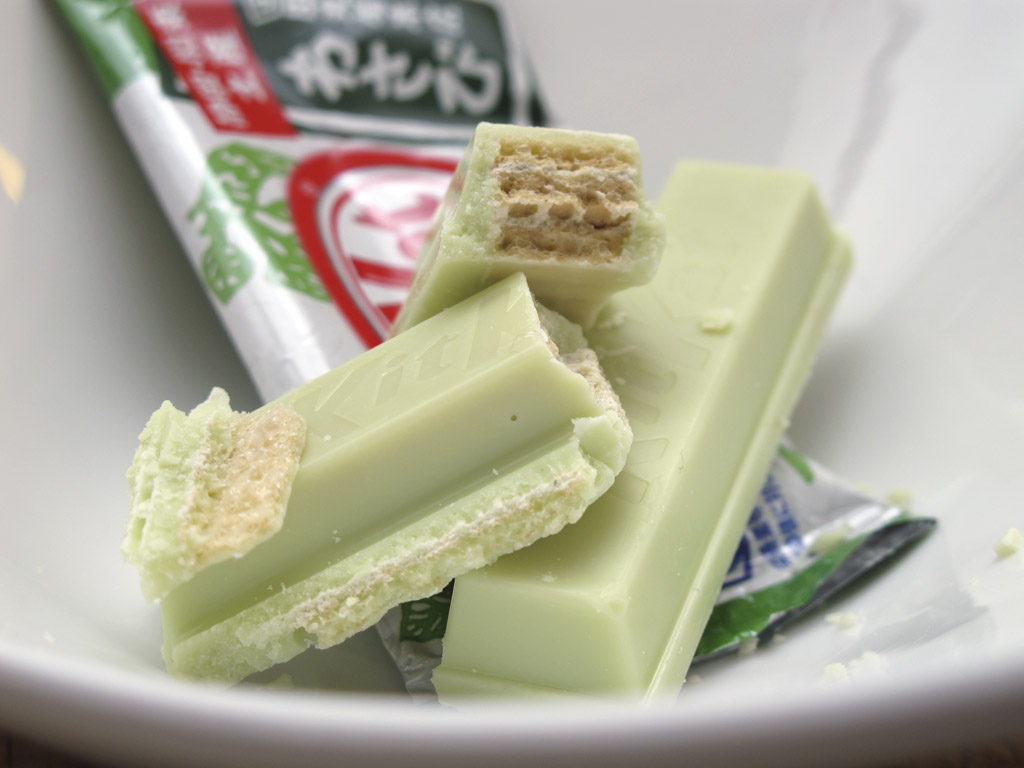 The first of these, Kit-Kat Wasabi flavor, is one of those definitive “only in Japan” flavors that make the nation’s candy output so unique. Here, we have two or three variants of Kit-Kat which revolve around the chocolate they’re made with. Over in Japan, they have variants that include citrus fruits, maple, soy sauce, and… horseradish.

You can tell something weird is up by the slightly greenish tint to the candy. This is a white chocolate bar, but it’s dyed the same color as a hospital wall. I suppose this is intended to approximate the color of wasabi paste without being too similar to the classic (-ish) green tea variant of Kit-Kat. But as Cat said when I went to photograph it: “Green food just looks weird.” You know, if it’s not vegetation.

So, it’s an aesthetic bomb, but how does it taste? Weirdly enough, not too bad. The green outer coating is simply normal-tasting white chocolate, and the wafers are your standard Kit-Kat wafer. The paste, however, actually does taste like wasabi. It’s a very mild, slightly sweet wasabi without any real sense of “oh god my sinuses” — I felt a twinge in my nasal passages, but I think that was simply a Pavlovian reaction to the taste.

On the whole, it’s not a flavor I would actively seek out, but it’s decent enough that it’s not coasting entirely on novelty… at least, in my opinion, anyway. Cat’s opinion is that it’s completely terrible, but she can’t stand either white chocolate or mixing sweet and savory flavors, so wasabi Kit-Kat is a double K.O. for her. 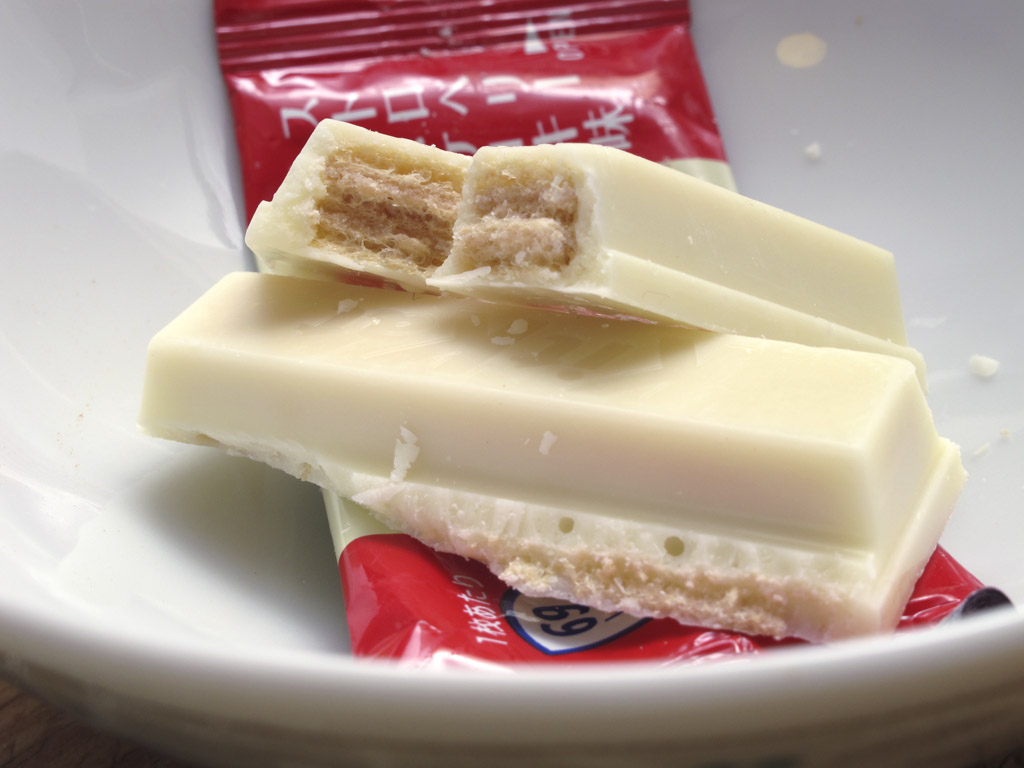 The secret? Despite looking like a standard white chocolate bar, it has a much better flavor. White chocolate is normally excessively sweet and lacks much depth of flavor, but the cheesecake aspect of the bar is incorporated into the outer layer. So while it tastes a bit like white chocolate, there’s a slightly smooth richness normally that this most unloved of all chocolates normally lacks.

And the creme filling, of course, is strawberry flavored. Well, I say “of course,” but I guess it’s not obvious since they didn’t go crazy with the artificial colors and make the creme pink. But yeah, fake strawberry flavor. Fortunately, the flavor isn’t especially strong, making it subtle enough to taste fairly natural rather than perfumey.

Still, it’s a white chocolate Kit-Kat, which means it is genetically inferior to its darker peers. Not to be racist or anything!