Let’s pretend this is a Tumblr blog

The thing I hate most about being buried in work I don’t really enjoy is… well, there are a lot of things I hate. But I really detest not being able to spend more time poking around the web and in books in search of interesting oddities from videogame history. So you’ll have to forgive me for the fact that I keep getting distracted in my quest today to put the wraps on the new bonus subscriber book (which I’ll be sending out for proofs tonight) in order to make quick, furtive outings into sites I haven’t had time to visit in ages. One such site is Chris Covell’s page of random Famicom-related scans, where I discovered this interesting little artifact: 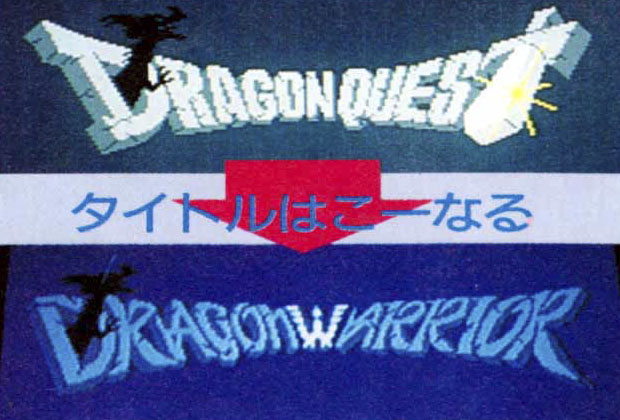 Looks like Enix was originally intending to give Dragon Warrior a logo more in line with the Japanese version rather than the bland, generic script they ultimately went with. I couldn’t begin to explain the change (storage concerns? Fear that Americans would be turned off by something even vaguely cartoonish?), but I like this rendition — especially the use of the modified goddess crest for the W. It’s kind of interesting that the series goes under its original title in the U.S. now, but aside from the Game Boy Color remakes, Square Enix still doesn’t use the actual logo on the games’ packaging.

(Mostly, though, this reminds me how antsy I am to play Dragon Quest IX in English already.)

5 thoughts on “Let’s pretend this is a Tumblr blog”