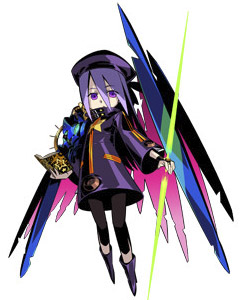 Tomorrow is the most annoying day of the year. No, not because it’s April Fool’s Day; people try and fail to be clever on the Internet all the time, so there’s nothing especially interesting about a day for concentrated mediocrity. No, tomorrow is going to be annoying because it’s the day that Sekaiju No Meikyuu III comes out in Japan, but there’s been no U.S. release date announced yet.

I mean, obviously it’s coming, because I’m pretty sure Atlus publishes all its first-party creations in the U.S. these days. Also, I ran into the company’s PR guy at PAX East and he casually mentioned something about the game… under the name “Etrian Odyssey III.” I guess that is what is known as a “no brainer.”

I’m pretty psyched for the game, but also terrified. I’ve been reading rumors about extra unlockable classes and, worse yet, a New Game Plus mode. Yeah. As if the first two games didn’t eat enough of my free time without the ability to carry over progress into a second playthrough.

We’ll be importing the game from Japan, of course. I want to cover it, but even more to the point I need something to drag me away from Pokémon HeartGold. The other day I started organizing the critters in my PC boxes by their pokédex number, including duplicates of different species to allow me to have one of each evolution. And then I found a Ditto and turned it into a breeding machine so I could generate a bunch of duplicate starters for trade. Yeah. I need me an Etrian Intervention, all right.