Time for a little Rinoaplasty 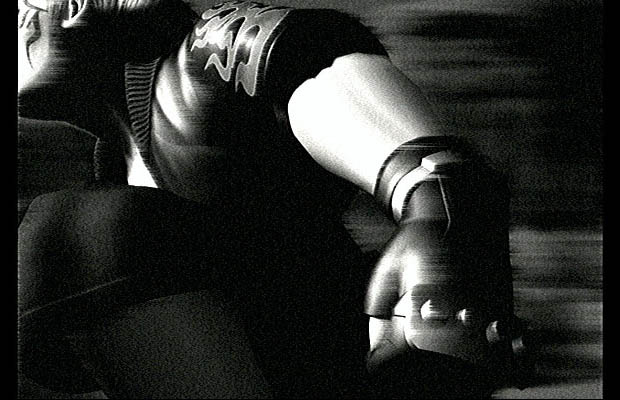 Playing through Final Fantasy VIII again for the first time in ten years has brought with it a surprising revelation: I actually really like the game’s characters! This is pretty rare with RPGs; generally, my favorite characters are the ones with no clearly defined personality and no dialogue. This is because most RPG writers are really terrible at their jobs and specialize in creating fictional people that I detest with every fiber of my being. Generally speaking, videogame characters exist along a sliding scale of annoyance, and silent guys are therefore the least annoying ones.

This is true even of FFVIII; everyone in the game has his or her boneheaded moments. Strangely enough, though, in this case that somehow adds to their likability. For example! Zell is irritatingly hyperactive and brash, but nevertheless he doesn’t come off as macho as you’d expect from a brawler — he’s the opposite of Final Fantasy XIII‘s Snow. He’s kind of a doofus, but he’s good-natured and earnest, eager to show off and easily deflated with a cruel rebuke or a word of rejection. Selphie is kind of like a lost and confused puppy, but she’s also a tech whiz with a habit of blurting out whatever’s on her mind, even when it’s wholly inappropriate. This makes her the best character to have in the party, because her dialogue wobbles between “vacuous” and “unsettling.” And much to my surprise, I don’t even mind Irvine and Quistis, despite the fact that their personalities are almost entirely defined by the fact that they have crushes on other cast members. 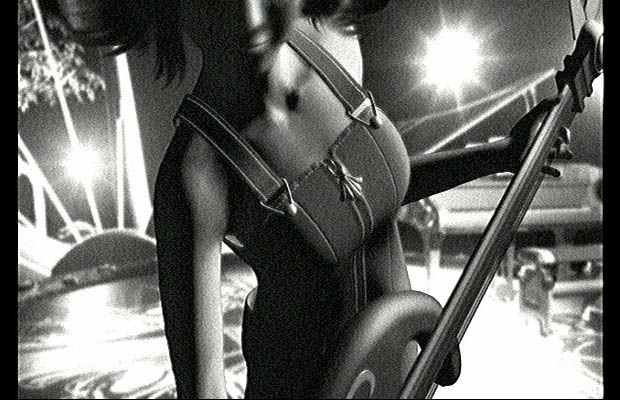 Even more surprising is that I actually like Squall. Yeah, he’s sulky and kind of whiny when he talks, but the game actually lets you see what he’s thinking — and his internal monologues give him a lot more depth than most people give him credit for. He’s not just a morose, self-involved jerk; on the contrary, he tends to be conscious of others’ feelings. He may shoot down Zell with his words, but inwardly he’s apologetic. He actively wonders if Selphie is slightly insane. I dunno, the more I play of the game, the more I realize he’s not a terrible character.

And that’s true despite the game’s best efforts to make him one. One of my favorite things I’ve discovered about FFVIII is that if you actually try to make Squall more social — for instance, if you accede to your classmate’s requests to check out your Gunblade or magic spells — the game actually punishes you. There’s something amusingly subversive about the fact that trying to play Squall as a nice guy is simply the wrong way to do it. Normally I’d be annoyed at a role-playing game that doesn’t let you role-play… but here, yeah. It’s kind of funny. 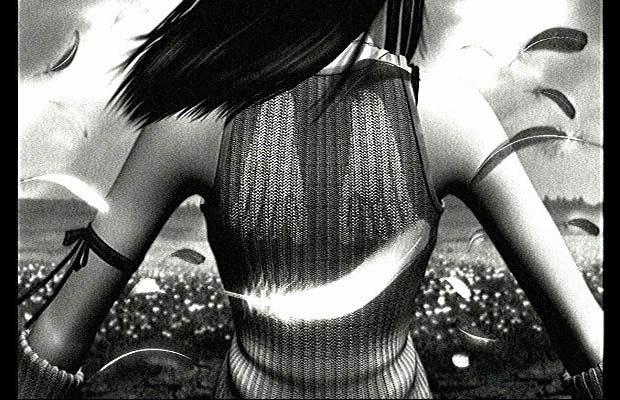 The one character I really can’t stand, unfortunately, is Rinoa. I say “unfortunately” because the crux of the game is that Squall — who I think is a pretty decent guy and a respectable player avatar! — is doomed to become smitten with her. I can’t for the life of me figure out why; she’s childish and annoying, and in fact the single stupidest sequence in the game is instigated by her asinine temper tantrum. She’s loud and poorly spoken. She’s genuinely sulky in the way that Squall tends to be unfairly stereotyped as. God, she actually calls Squall “MEANIE.” She is, basically, the videogame equivalent of Willy from Indiana Jones and the Temple of Doom: A completely unlikable female lead with whom the protagonist falls in love, presumably out of some sense of bitter spite on the writers’ part. I’m not sure what I did to offend Kazushige Nojima, but the dude sure knows how to get even. Watching Squall mope over this idiot girl-child is almost the worst part of the game.

(The only reason it’s “almost” is because the act plodding around the huge, empty world map in a mobile school building is so crushingly tedious it’s nearly made me quit playing several times. It takes a lot to quash my natural compulsion to explore in a videogame, but man, Garden sure pushes the right buttons.)

Anyway, I guess the essence of my feelings about FFVIII’s cast is that the characters are all interesting. Flawed, sometimes head-slappingly so. But interesting. And I think that’s the single thing I demand from a game these days: Be interesting. I don’t have time to waste on something that’s going to bore me. So despite its sometimes-overwrought dialogue, its sometimes-idiotic plot twists, its sometimes-antiquated game design, I want to keep playing FFVIII because everything about it is interesting. Except Rinoa; the only interest I have in her is shoving her off a cliffside.

39 thoughts on “Time for a little Rinoaplasty”