In the past 48 hours, sequels to two of my favorite series have been announced by way of that clearly-not-yet-dead medium, print. First, Famitsu gave us word of Etrian Odyssey III, which scrambles the character class system in new and interesting ways. And then Nintendo Power went and let slip word of Mega Man 10, which is totally not the same as Mega Man X (sorry, Tycho, the junkslut was right this time). OK, so the part about trying to cure a virus that causes robots to go bonkers is totally Mega Man X. But the rest! Totally different.

Anyway, I was fascinated to realize that there’s a common thread connecting these two games. A thread besides being sequels to masterpieces, I mean. That thread: Sheep. So I guess it’s more like yarn than thread. You know, wool and all that. 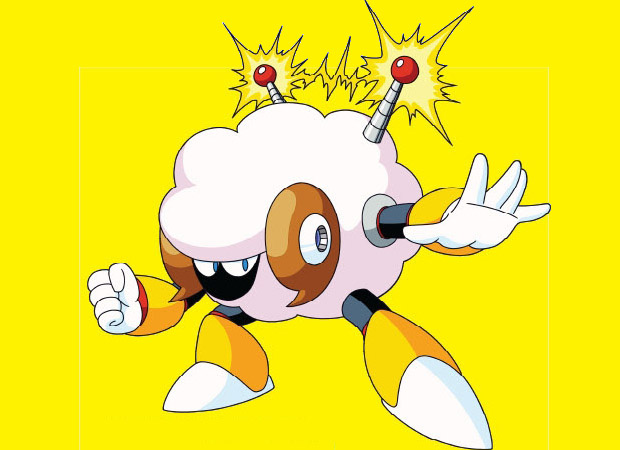 Yeah. The first announced boss for Mega Man 10 is the nefarious (?) Sheep Man, which I think really captures the bottom-of-the-barrel desperation of some of the latter-day 8-bit Robot Masters. Which isn’t to say I expect MM10 to be as forgettable as Mega Man 4; quite the contrary! I just like how utterly unthreatening the boss design is.

But what does this have to do with Etrian Odyssey III? Well, Famitsu announced several new classes for the game. There’s Phalanx, a heavily-armored spear-wielding class; Monk, who punches things to death, and who will be on my frontlines, because monks are the best class of all; both Pirate and Ninja, who can coexist in the same party despite the Internet’s lies; and Prince/Princess, which are apparently pilfered from 7th Dragon, the game designed by EO’s original director after he bailed on Atlus. Which is kind of weird and uncomfortable and is probably going to make for awkward conversations when EOIII and 7th Dragon bump into each other at the Christmas party.

Anyway, there are also at least five as-yet announced classes that’ll be debuting in EOIII. Famitsu didn’t name them, but they did show sample illustrations. And one of them appears to be a farmer. I have no idea what a farmer would be doing in a grindy RPG unless someone decided to take the term “farming” a little too seriously, but it’ll be interesting to find out. I say he appears to be a farmer because he carries a pitchfork in one hand, and in the other he holds — yes — a sheep.

I can’t imagine what the significance of this connection actually is, but mark my words: It’s significant. I eagerly await the opportunity to learn how, exactly.