2D: Retro without a cause

I was planning to write a post today that kicked off by saying, “Hey, remember when I wrote about Half-Minute Hero and mentioned that I was initially really skeptical of it because it looked like a meaningless retrogame bandwagon-jumper that affected its visual style just to be trendy? And then I played it and realized it was actually really clever and wholly justified in its choice of graphics after all? Well, I think Nippon Ichi has just announced the game I assumed Half-Minute Hero would be in the form of Classic Dungeon.” But then Turnip went and wrote exactly that in the forums, so now I feel really unimaginative.

But not as unimaginative as NIS! 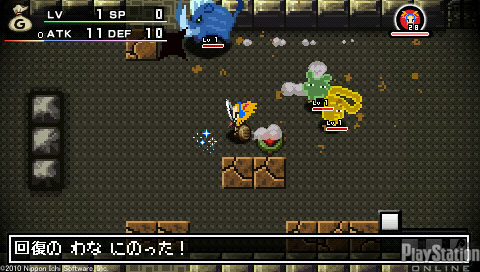 Seriously, though, why is this game “retro”? So far as I can tell, it’s a pretty standard action RPG sort of thing with the usual arcane and elaborate NIS-brand systems (for instance, you can use your party members as “equipment”). The visual style looks to have no real bearing on that, which suggests that the company saw something trendy and decided to imitate it without stopping to understand what has made things like Half-Minute Hero, Retro Game Challenge, and 3D Dot Game Heroes so creatively successful. Each of those games has a clear and visible purpose behind its throwback visuals; Classic Dungeon, so far as I can tell, doesn’t.

I think it would probably also help if NIS were to create a game that doesn’t look inherently dated before getting all cute and faking it.

I gave Half-Minute Hero a fair chance, though, and it turned out to be a pleasant surprise. Maybe NIS can do the same. I just won’t get my hopes up. 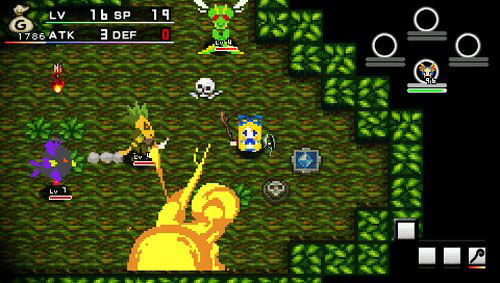 I do like that they stole the explosion graphics from Blaster Master, though.