Oh, hey, so I’m in Oregon at the moment. It’s kind of a spur-of-the-moment thing; my lady has been up here shooting various locations across the state for the past two weeks and makes the long drive back to San Francisco tomorrow, so I thought I’d tag along and accompany her home. She’s being sent off to the Midwest next week, so after Monday I won’t see her again until August. I figured sharing a road trip together was worth the price of a one-way ticket, because there is a secret streak of romanticism in my soul. Shh, don’t tell anyone. If would help maintain your image of me as a soulless mechaniloid, please know I am also using this time away from the office to complete an epic amount of planning and organization for work as well. There is no such thing as “free time” in my universe. 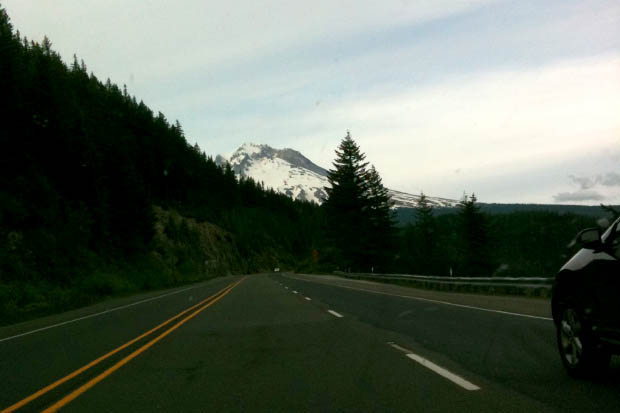 Oregon’s interesting, though. We’d been to Portland and, of course, the Goondocks a few years back, and thus I had a view of the state as a lush, forested, wonderland. Having cut diagonally across Oregon from Portland to its southeast corner yesterday, I see this is not really the case — it’s quite diverse, and for the moment I keep looking out the window and thinking I’m in the foothills of New Mexico. They have summer here, for one thing. Living this coddled existence in San Francisco for so long, I’d forgotten all about your earth “seasons.”

The one moment of the trip that’s most stuck with me happened last night after the sky had fallen dark and we were cruising along a black stretch of forested highway an hour outside of Bend. The stars were clear and bright in the cloudless night above us, and for a brief while all other traffic faded away to let our eyes adjust to the darkness. I looked up into the sky and in that moment a vivid falling star plummeted toward the road in the distance, a brilliant streak of light marking a line perpendicular to the horizon directly ahead. We both saw it, and both gasped in surprise at the same moment, and already it was gone. In an age where everyone carries a camera in their pocket and nothing is too mundane or trivial to be tweeted, it was nice to share this simple yet profound moment — witnessing a piece of space rock that travelled untold millions of miles so that it could burn up in a flash of light too spontaneous and fleeting to be captured except by our wandering eyes. Something about it truly moved me.

Of course, I was doped up on cold medicine at the time, so take that as you will.

17 thoughts on “Out, brief particle”