The cake is a litmus test

Nintendo transformed me into a microcephalic cake decoration today. It was weird, and when it came time to discuss who would have the honor (?) of consuming my itsy-bitsy head things got a little uncomfortable. Fortunately, we ultimately decided it would be best for me to simply bring home the entire chocolate DSi upon which my shrunken skull is emblazoned. People kept referring to it as “my cake,” which notion I did my best to disabuse…but I’m OK with claiming the topper for myself. For one, the cake was awfully good, so I assume the chocolate will be even more delicious. As I’m a fiend for quality chocolate, this is promising. 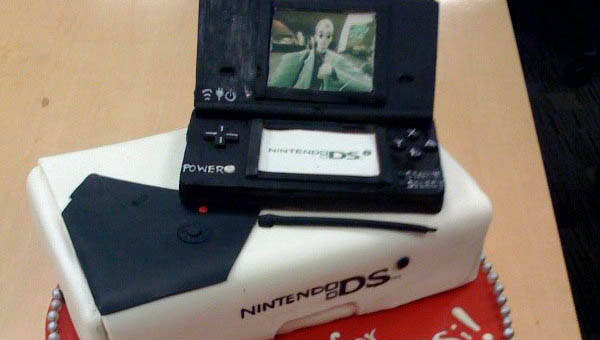 More importantly, though, this thing is going to freak out the fiancée when she gets home. And isn’t that what really matters, in the end?

The DSi system that came with the cake (almost an afterthought, really) was enclosed in a mirrored box that lights up and cheers when you open it. So, I put the choco-DSi in the box, placed it in the fridge, and will quietly watch as Cat comes home, discovers the box, and opens it to be greeted by a chorus of cheers and a bizarre (and edible) photo manipulation of me. I guess it’s kind of an April Fools prank, but only due to an accident of timing. Mostly it’s just something random and ridiculous. And, I suppose, a sort of warning. “This is your last chance,” will be the subtext. “It’s not too late to call this whole thing off.” If I come home tomorrow and the locks haven’t been changed, I will know it was meant to be.

12 thoughts on “The cake is a litmus test”