All streeted out (and it feels so good)

I surprised myself last week when I was given the opportunity to take home a free copy of Street Fighter IV (no, not as a bribe from Capcom, thanks for asking)… and didn’t. I thought about it for a few seconds and realized that, great as the game looks and as much affection as I have for the Street Fighter series, I have no real interest in playing it. I like that it exists — I’m thrilled that it exists, really, because it’s another sign that Capcom gets it, probably better than any other major publisher. But it would be pointless for me to own a copy of SFIV, because I doubt I would ever play it. I’ll probably drop ¥100 into an arcade unit next time I’m in Japan, just for the quick gratification of playing it with proper controls, but in my own free time? Nah. 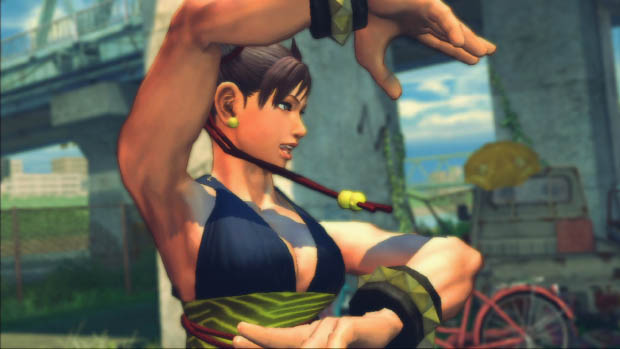 I’ll admit that I will regret missing out on Chun-Li’s freakish hamfists, though. Man, she could palm a watermelon with those things.

Honestly, I’m really happy that I can pass up a game this good and not feel like I’m missing out. There are so many good releases these days, so many games perfectly suited to my tastes, that it’s pointless to try and keep up with things that I’m only sort of interested in. I may run a blog about the good ol’ days, but I’m really motivated more by an interest in the history and evolution of the medium than some impossible sense of nostalgia. There was a big chunk of the Super NES era where I stopped gaming altogether because it was so hard to find releases that really interested me, and $70 was too much to spend on titles that were only tangentially of interest.

Dang kids these days don’t know how good they got it. Mumble grumble.

23 thoughts on “All streeted out (and it feels so good)”