DLC will destroy all that we love

Are you one of those independently-minded dudes (or dudettes) who went ahead and bought the new Prince of Persia despite my constant lamentations that it looked boringly derivative of Ico? Well, good for you. No one should ever avoid buying a game just because I made some baseless comparison or another after a few minutes of passive observation. But I hope you didn’t buy it on PC! Because if you did, well, sorry, you only bought a partial version of the game. Turns out only the Xbox 360 and PS3 versions will be receiving post-script closure for the story via downloadable content.

Of course, you’d have had no way of knowing that before this news was announced a few days ago. It’s not like the PC box said, “Not as fully-featured as other versions of the game.”

Congratulations and welcome to the new generation of gaming, where development costs, backroom dealing and the folly of “platform-exclusive” content has transformed buying video games into a crap shoot. Once upon a time, all that info came up front. You knew the relative strengths and weaknesses of a given game before ever touching it. But now we have situations like, say, me picking up Fallout 3 for PlayStation 3 out of some misguided sense that I should be using my PS3 for something other than watching Futurama DVDs while I work out, only to discover that all of Fallout 3’s extra post-game content designed to shore up the most common complaints about the game is exclusive to PC and Xbox 360. Yeah. Awesome.

And finally, Street Fighter IV will be using DLC as a way to make you pay for all the bonus character costumes that used to be free unlockables in the normal course of completing the game. That’s especially annoying, because, uh… 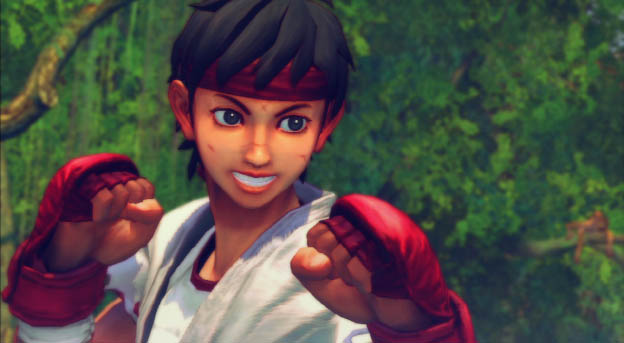 One of the alternates is Sakura dressed as Ryu, with the homage extending all the way to a pair of red sneakers redolent of his appearance in the original Street Fighter? Y-you bastards. And Zangief can dress as Mike Haggar?

Fine, take my money. I didn’t need to pay rent this month anyway.

40 thoughts on “DLC will destroy all that we love”