Almost, but not quite, entirely unlike a good flight

I’m pretty sure that after having a miserable flight across the country last Christmas, I asked you people to remind me not to fly at the holidays. But you didn’t! So while I was able to see lots of beloved relatives, do various family things to make sure my fiancée and I are properly engaged according to Vietnamese standards, and have a generally fantastic week, I also had to put up with yesterday. And all because you people failed me. For shame.

Yesterday’s flight, which was supposed to be a quick three-hour jaunt from DFW to SFO, was a carefully-planned test by the airlines to see just how far they could push their luck without doing anything that would actually justify a refund. Tricky devils. The coup de grace was when they almost (but not quite!) lost my luggage: it didn’t show up on the conveyer belt, it wasn’t in the rows of misplaced suitcases, but once I was good and angry and had stood in line for a few minutes to report the problem they paged me a split second before I could get to the customer service desk and demand justice. Diabolical.

Anyway, I’m back in San Francisco where the water is potable straight from the tap. That’s nice! Growing in Texas, I never appreciated just how disgusting the water there really is. But going back after five years living here, I’ve discovered Lubbock water tastes like chlorine and Dallas water smells and tastes like mildew. Yum. 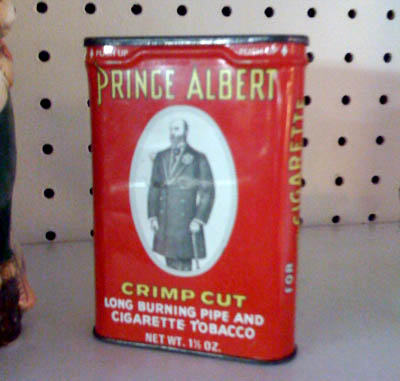 On the plus side, I did find Prince Albert in a can. And being the good soul that I am, I let him out.

11 thoughts on “Almost, but not quite, entirely unlike a good flight”