Nintendo would be happy to know that I am a Wii Fit success testimonial. Since the game launched, I’ve dropped probably 15-20 pounds and lost nearly two inches around my waist. At this rate, I’ll be back to the point of feeling pretty OK with my appearance and fitness level in no time at all. Well done, Nintendo. 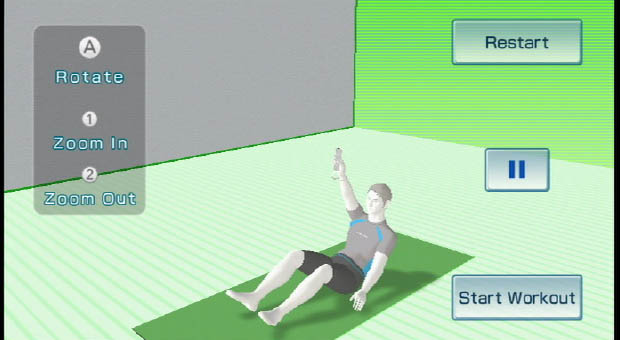 Admittedly, they’d be a lot less happy to learn that I’ve never used Wii Fit beyond trade show demos. I don’t own the game (“game”) and doubt I ever will.

Still, I do credit it with my weight loss efforts. I thought long and hard about picking up Wii Fit back at launch before realizing it would turn out to be another empty half-effort toward slimming up. And hey, I thought, why drop $90 on a plastic board when I have a disused exercise bike that I can start using for free? An exercise bike that will actually provide aerobic exercise to help me burn fat? And so I began a long-term routine of nightly 40-minute workouts. So far, it’s been a great success.

That would make a great slogan for the game, really. “Wii Fit: Inspiring people to seek out real fitness solutions.” Man, Nintendo should pay me for this stuff.

Book update: I’ve just learned that the printer won’t actually be shipping the books to me until the day after Christmas. Sorry, everyone; I think the size of the order combined with the time of year did us in. Also, just to restate: the first printing of the books is completely sold out or spoken for; any copies ordered as of a few days ago probably won’t show up until February or so.

12 thoughts on “Almost a success testimonial”